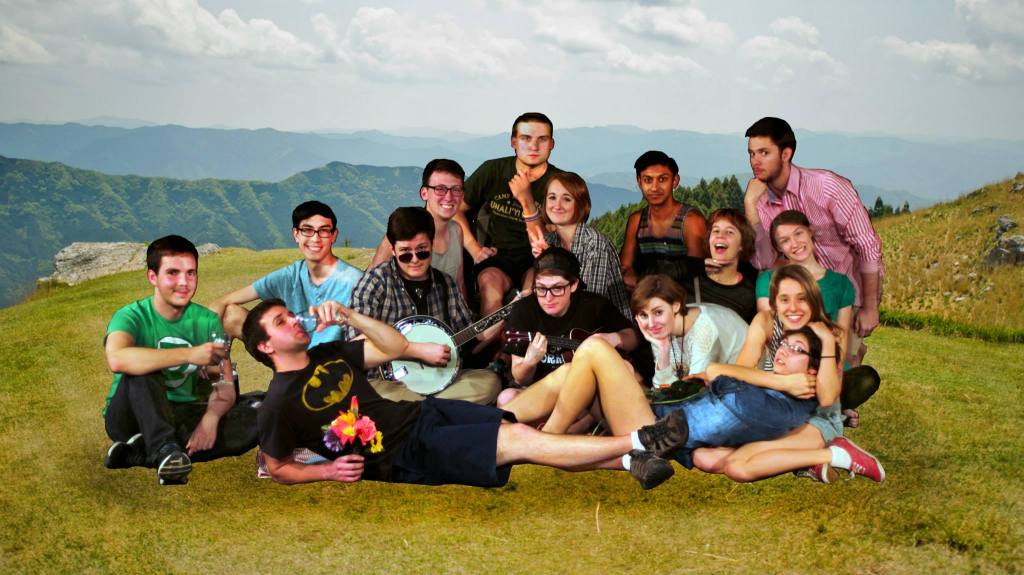 Improvisational comedy is everywhere, from SNL to local community theatres. Even if you have not been to an improv show yourself, traces of it can be found all over the media.

The University of South Carolina even has its own thriving improv community that centers around two groups: Toast and OverReactors Improv.

Both groups exist on campus harmoniously, but each serve very different purposes in the community. Toast Improv is a small group that has auditions once a year and tends to take 2 or 3 people a year. But, there are a lot of people who attend USC, and a lot more people who might want the opportunity to do improv. That is where OverReactors Improv comes in. The OverReactors is an open group that holds practices open to the public every Tuesday and Thursday in the Booker T. Washington Theatre at 10:30 pm. For their monthly shows, Freddie Powers (President) and the core group of 3 other individuals (Gabe Crawford, Megh Ahire, and April Drafts-Johnson), hold auditions per show, which allows for a rotating cast of 4 or 5 additional people in each performance.

The open practices can have anywhere from 10 to 30 people, depending on the time of the semester. “We’re entirely open to new members regardless of experience level. So that kind of low stress low pressure environment is really good for introducing people to improv,” Powers explains. But that is the beauty of the OverReactors: you can come and go when you want. If a member knows they have a big paper due in the coming weeks, then they don’t have to audition for the next show if they don’t think they will have the time. (That is the catch of auditioning for a show, if you are chosen; you are required to attend every open practice, and an additional practice only for members of the show cast every week.) And if someone doesn’t want to perform in a show at all, then they don’t have to audition. They can just come and enjoy a practice here and there.

This system allows for people who have demanding majors, or who may not have discovered improv until later on in the year or later on in their college careers, to still have a chance to learn improv and grow as performers.

But on a campus that focuses so much on athletics, the question is: is improv accessible to everyone? Why should anyone who is not interested in theatre or the arts care about improv? Powers explains, “I think something that’s really important about improv is that because of what it is. Because it’s about people making stuff up like from their own experiences kind of it’s very much something that you can watch and laugh at but you can also really relate to. Because everything that’s happening on stage, even if it’s absurd, is still very grounded in people and their relationships and interactions with each other and it’s really easy to watch it laugh at it and see some of yourself in it and laugh at it too.”

The humor in improv isn’t exclusively from acting ridiculous, or being able to make up puns on the spot. Some of the best humor can come from relationships, and the ability for the audience to see themselves in a scene.

But it’s not just the audience who can benefit. There is plenty one can learn from attending a practice. It’s not just about theatre or performing. It’s about everyone. And even if one might not be interested in performing, they can still benefit from coming to practices.

“Improv is very much about building something with your team members … If everyone is trying to make different ideas happen without considering their team members then nothing really happens,” says Powers, “If you take what your team members give to the scene and build more with them, the cooperation is what makes the team really good, funny, and substantial.”