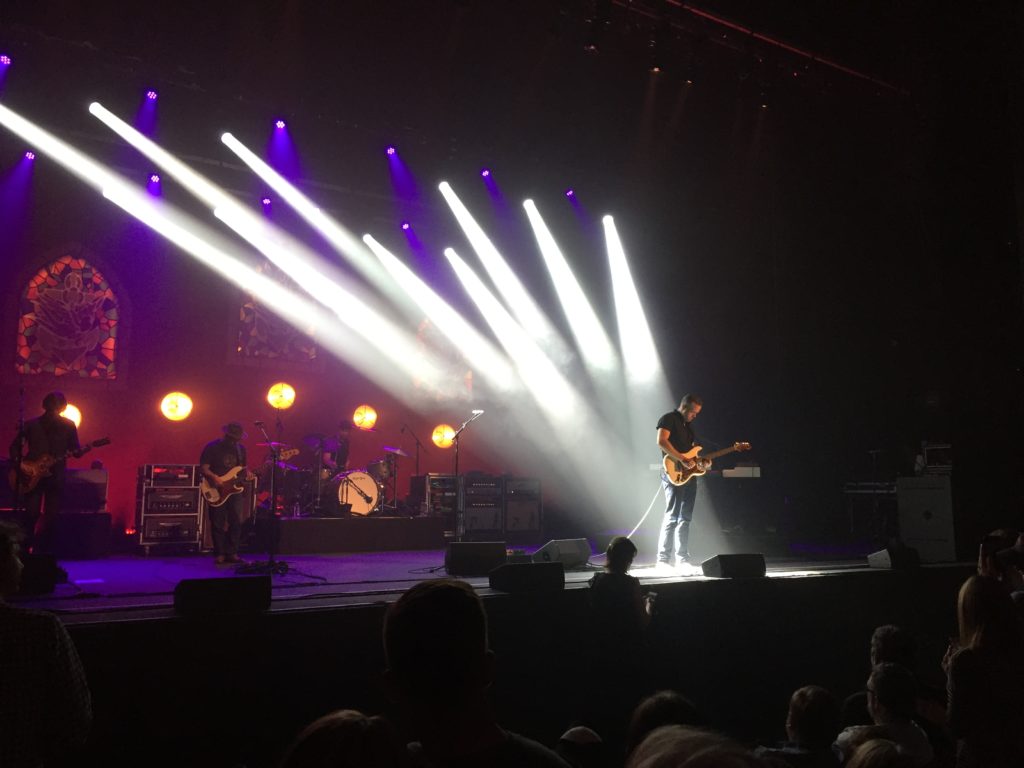 When Jason Isbell took the stage at the Township Auditorium this past Sunday, I wanted to tell you that it felt a little weird, mixed with a little sense of triumph. As if this was the apotheosis of the hard-touring rock ‘n’ roll musician done good, a story that countless musicians toiling in tour vans day in and day out could look up to and aspire to. I wish I could say that.

But the reality is, over the last few years Isbell seems to have matured seamlessly from seedy 300-person rock clubs to stately 3,000 seater auditoriums, and it felt surprisingly inevitable. Four years into sobriety and three years removed from the breakthrough success of 2013’s Southeastern, Isbell looked trim and dapper on stage, carrying himself with the air of a consummate, perhaps even slightly bored, professional. That’s not to say that the performance wasn’t amazing—after all, he is undisputedly one of the preeminent songwriters of his generation, with the kind of hotshot guitar skills and booming, soulful voice that would allow him to get away with songs as tenth as good. As he generally does these days, Isbell opened with a salvo of electric rock songs (including the old Drive-by Trucker Southern rock staple “Decoration Day” and the 2016 Americana Music Awards “Song of the Year” winner “24 Frames”) before switching to acoustic guitar and diving deep into his last two more songwriting-oriented efforts. The fact that the set is loaded with stunners (“Speed Trap Town,” “Cover Me Up,” “Alabama Pines”) helps, along with the fact that Isbell is at this point adept at balancing the more somber acoustic tunes with more sprightly ones like “Codeine” or “If It Takes a Lifetime.” 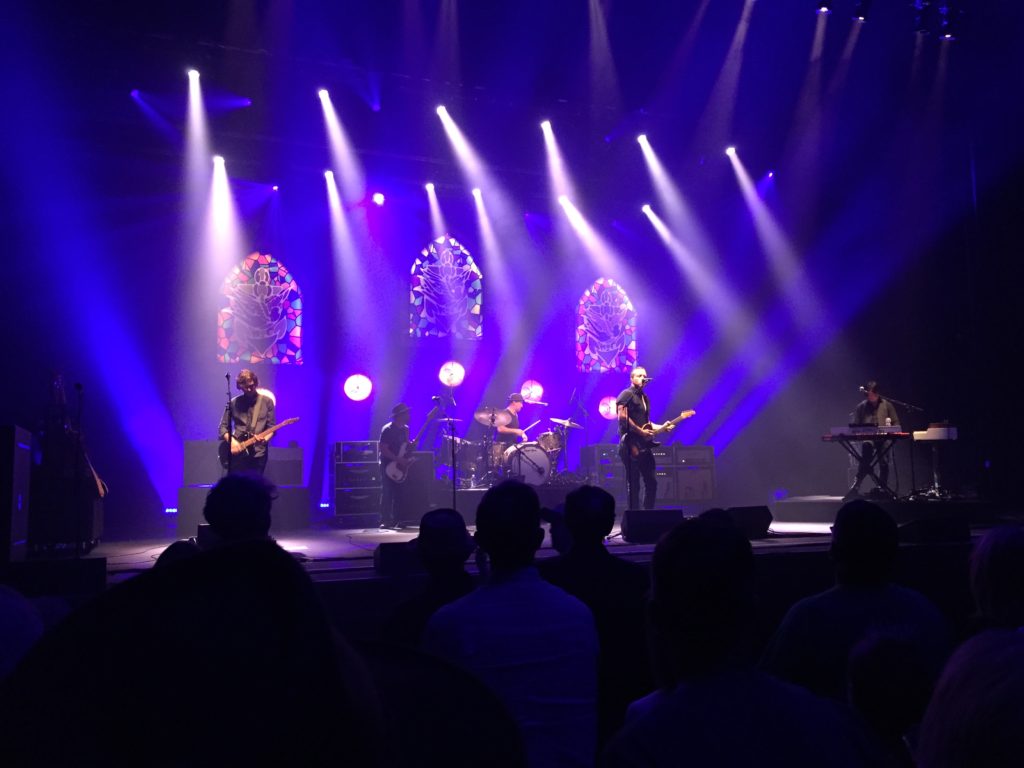 Still, there were relatively few moments or features that genuinely stuck out thanks to the unerring professional consistency. One notable element for sure, though, was the elegant, top-notch staging and lighting, a new feature for longtime Isbell fans. Backed by pseudo-stained glass windows and often bathed in multiple spotlights when he stepped out to take a solo, there was an element of grandeur to the proceedings which felt wholly new. Another great moment was the knowing inclusion of “Palmetto Rose,” a welcome nod to the audience with its South Carolina subject matter. And, ever so slightly, the genuine joy the bandleader seemed to take in the ostentatious stage interplay he had briefly with keyboard/accordionist Derry DeBorja on “Codeine” and then, later, with guitarist (and SC native) Sadler Vaden during a staged-but-electrifying guitar duel. That latter moment, which took place during an extended take on the gnarly and riveting “Never Gonna Change,” felt like the most significant addition to the band’s live show and allowed them to end the regular set with a bang.

Perhaps the most telling moment, though, was when Isbell brought opener (and contemporary) Josh Ritter out during the encore to cover John Prine’s “Storm Windows.” Isbell briefly mentioned that he used to pay to go to Ritter’s show rather than bringing him on tour, an oblique reference to his newfound stature, but really it was the cover choice itself, along with the “Prine/Isbell” campaign ticket shirts at the merch table, that suggested the songwriter’s intended route in the coming decades. Having arrived at the upper echelon of the music world on his own terms and on the strength of his artistry, Isbell clearly intends to stay on that level with the consistency and persistence of his 70-year-old forbear.

And, judging by Sunday night’s show, that shouldn’t be a problem.

What Jasper Said is the blogging arm of Jasper – The Word on Columbia Arts, a new written-word oriented arts magazine that serves artists and arts lovers in the Columbia, SC area and its environs in four ways: Via Print Media – Jasper is a bi-monthly magazine, releasing in print six times per year in September, November, January, March, May & July, on the 15th of each month. Jasper covers the latest in theatre and dance, visual arts, literary arts, music, and film as well as arts events and happenings; Via Website – Jasper is an interactive website complete with a visual arts gallery, messages from Jasper, an arts events calendar that is updated several times daily, bite-sized stories on arts events, guest editorials, local music, dance & theatre videos, community surveys, and more; Via Blog – What Jasper Said -- you're reading this now -- is a daily blog featuring a rotating schedule of bloggers from the Jasper staff as well as guest bloggers from throughout the arts community; Via Twitter – Jasper Advises is a method of updating the arts community on arts events, as they happen, with more than a half dozen active tweeters who live, work, and play inside the arts community everyday ~ Jasper Advises keeps the arts community abreast of what not to miss, what is happening when it is happening, and where to be to experience it first hand.
View all posts by Jasper →
This entry was posted in General and tagged columbia, jason isbell, josh ritter, SC, south carolina, township. Bookmark the permalink.