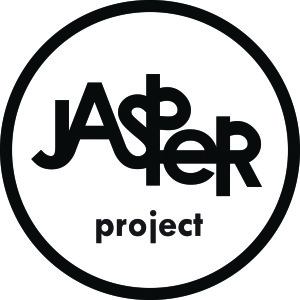 Columbia may not be the epicenter of the electronic music scene, but there are artists who are trying to broaden our scene with more of it. These artists are usually either on mixed bills or performing at house shows, but there is more going on in this sector of our music scene than some may realize. A few of these acts will be performing at Jasper’s fall 2016 release party at Art Bar on September 29, including Tyler Digital.

Tyler Digital is the electronic project of local musician, Tyler Matthews. Matthews has been producing seriously for about three years, and makes dance pop fit for house parties and DJ sets. His influences range from Hans Zimmer to Led Zeppelin, and he hopes to one day be a soundtrack producer as influential as the likes of Zimmer. I asked Matthews more about his music and the local electronic scene in the following interview. 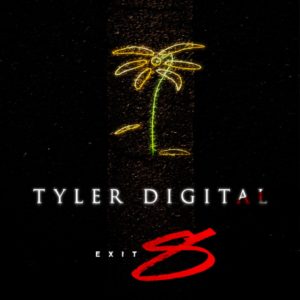 Matthews will be performing a DJ set as Tyler Digital at the Jasper release along with Autocorrect, The Moon Moths, and King Vulture.

Can you describe what your music is like?
On some days it’s energized left-field dance pop — and on another day it’s an emotional hybrid of synth-wave and symphonic house. I try to not sound like anyone else, but that doesn’t make life easy for writers.

What is your songwriting process like?
I like to make a good synth sound, then make a 1-2 bar chord progression, put together a beat and then make a bass that goes well with both. After that I like to chop up some vocals turn that into a lead instrument. Everything else just builds around those components.

What bands/DJs/acts do you typically play with? Is it usually a mixed bill/house show sort of situation or would you say there is an active scene? And if not, do you wish there was one/think it’s possible that it will emerge?
Long answer: Mixed bill/House Shows – Yes. Mason Youngblood runs Moas Collective; he’s done a great job of getting electronic producers together. But he moved to Brooklyn for his PhD and then several of our friends spread out to Atlanta, Portland, Nashville, New York, Puerto Rico, etc in just the last year. But we still talk music often and collab because internet life. Right now I do shows with Anissa Armaly (Dulce De— DJ and producer) and also Wright Clarkson (OS3) who is a baller. I also do shows with Contour and some other producer friends from the Charleston scene. Ahomari (Cyberbae) plus the Tri City Rec crowd is making amazing music right now. So there’s definitely talent in SC, but quite the limited audience; I think any musician here would admit that. Regarding the scene now, we blend in with the bands in Scenario Collective and they have events all the time. I’m confident we could expand the live scene in 5 Points, Main Street, and the Vista if any owners were looking for that. Ideally I’d love to have a space in Cola similar to Common Market in Charlotte – the crowd and atmosphere there is amazing and one we need in Columbia. Or maybe I should just ask the Whig for a residency.

Do you have any other shows or releases coming up?
I’m doing a DJ Set for WUSC on October 27th. And once a month there’s usually some house show or dance party that I’ll get asked to do. From a creation standpoint, I’m writing a soundtrack for a short film which I plan to make myself. And then I’m producing a rap EP for a couple of talented bosses. They are Columbia’s next hope.

What is your philosophy as a musician, if you have one?
The best music you will make are the songs that happen naturally, fluidly, and quickly. Translated to philosophy: just keep making music – you will surprise yourself. You can’t do anything wrong when making music anyway.

What Jasper Said is the blogging arm of Jasper – The Word on Columbia Arts, a new written-word oriented arts magazine that serves artists and arts lovers in the Columbia, SC area and its environs in four ways: Via Print Media – Jasper is a bi-monthly magazine, releasing in print six times per year in September, November, January, March, May & July, on the 15th of each month. Jasper covers the latest in theatre and dance, visual arts, literary arts, music, and film as well as arts events and happenings; Via Website – Jasper is an interactive website complete with a visual arts gallery, messages from Jasper, an arts events calendar that is updated several times daily, bite-sized stories on arts events, guest editorials, local music, dance & theatre videos, community surveys, and more; Via Blog – What Jasper Said -- you're reading this now -- is a daily blog featuring a rotating schedule of bloggers from the Jasper staff as well as guest bloggers from throughout the arts community; Via Twitter – Jasper Advises is a method of updating the arts community on arts events, as they happen, with more than a half dozen active tweeters who live, work, and play inside the arts community everyday ~ Jasper Advises keeps the arts community abreast of what not to miss, what is happening when it is happening, and where to be to experience it first hand.
View all posts by Jasper →
This entry was posted in General and tagged Art Bar, Jasper Magazine, Ony Ratsimbaharison, Tyler digital, Tyler Matthews. Bookmark the permalink.