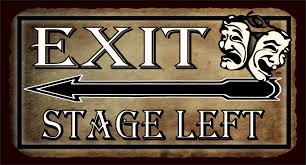 In what most people who follow the Columbia theatre community has seen coming for months, the Board of Directors of Trustus Theatre has announced that the Executive Director, Leila Ibrahim, has resigned, effective immediately.

In their official statement, the Trustus board states, “Ibrahim worked closely with the staff of Trustus to further develop business oversight, event execution and sponsorship support. Ibrahim specifically aided in overseeing the launch of a new website and implementing a revenue generating ticketing software platform.”

Ibrahim’s tenure at Trustus was rocky. Word quickly spread throughout the tight-knit theatre community that there were issues involving missed grant applications, and alienation of patrons, company members, and fellow staffers. Speculation on her departure started as early as last spring.

“We are very appreciative of Leila’s efforts while at Trustus,” states President of the Board of Directors, Harrison Saunders. “She has made great contributions to the organization during her time here and has brought fresh ideas grounded in her deep knowledge of the theatre industry. On behalf of the Board, we all wish her the best in her future endeavors.”

The Board plans to explore a full range of options as it considers Ibrahim’s successor. “I’m thankful for my time working with Trustus Theatre and am glad I was able to further develop their operations to support the mission of the theatre,” states Ibrahim.

What Jasper Said is the blogging arm of Jasper – The Word on Columbia Arts, a new written-word oriented arts magazine that serves artists and arts lovers in the Columbia, SC area and its environs in four ways: Via Print Media – Jasper is a bi-monthly magazine, releasing in print six times per year in September, November, January, March, May & July, on the 15th of each month. Jasper covers the latest in theatre and dance, visual arts, literary arts, music, and film as well as arts events and happenings; Via Website – Jasper is an interactive website complete with a visual arts gallery, messages from Jasper, an arts events calendar that is updated several times daily, bite-sized stories on arts events, guest editorials, local music, dance & theatre videos, community surveys, and more; Via Blog – What Jasper Said -- you're reading this now -- is a daily blog featuring a rotating schedule of bloggers from the Jasper staff as well as guest bloggers from throughout the arts community; Via Twitter – Jasper Advises is a method of updating the arts community on arts events, as they happen, with more than a half dozen active tweeters who live, work, and play inside the arts community everyday ~ Jasper Advises keeps the arts community abreast of what not to miss, what is happening when it is happening, and where to be to experience it first hand.
View all posts by Jasper →
This entry was posted in General and tagged Leila Ibrahim, TRUSTUS Theatre. Bookmark the permalink.