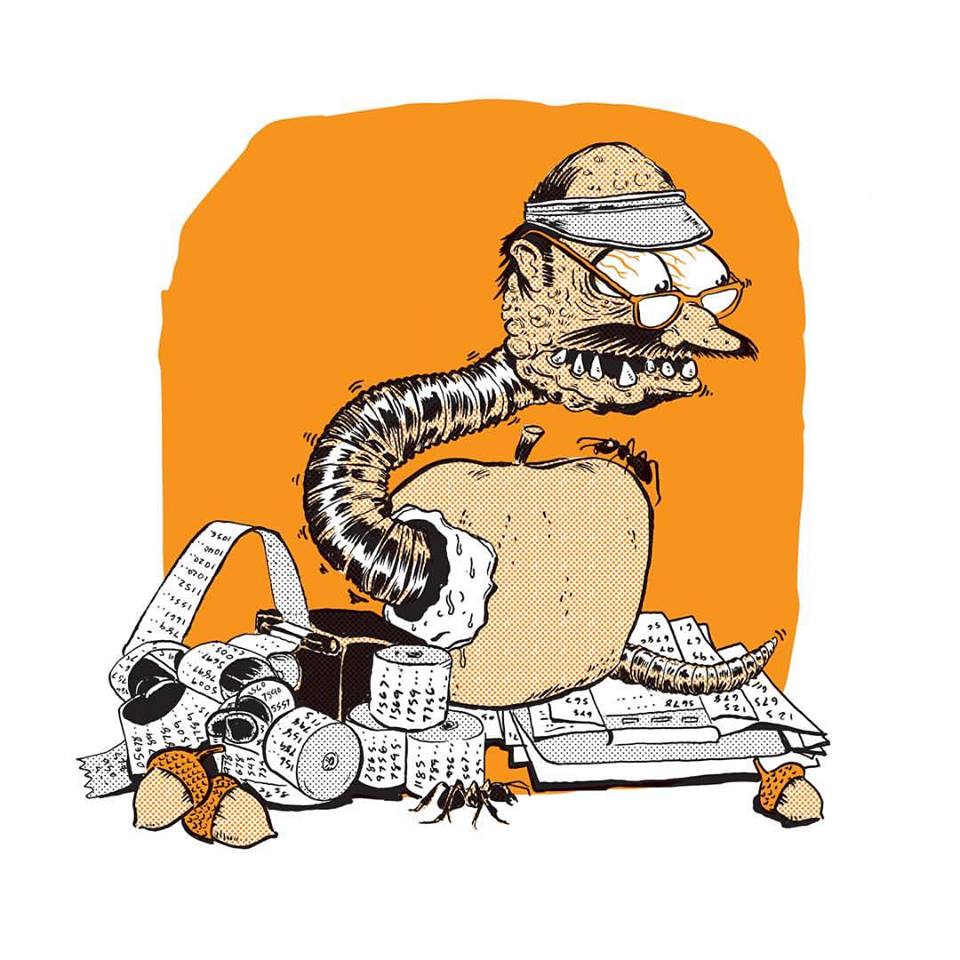 When he left for the West Coast in 2008, cartoonist Tommy Bishop left his mark on Columbia via quirky album cover creations and his unique brand of almost otherwordly illustrations. After much encouragement, the artist is finally releasing his first book of drawings, and he’s starting simple — simply creepy, simply bizarre, simply strange. The Incredibly Strange ABCs by Tommy Bishop is a children’s book with illustrative art adults are going to both appreciate and get a kick out of sharing with their children.

A two-part book launch that has every member of the family covered is going down on Sunday, September 18th, and like Bishop’s work, it’ll take you for a ride.

At 3 pm, bring the little ones to Tapp’s Arts Center where they can (literally) sit at the artist’s feet as he reads to them with musical accompaniment from Reno Gooch, and then enjoy a cookie and lemonade reception while Bishop signs copies of The Incredibly Strange ABCs for the children.

Then return at 7 pm (sans children) for a launch party with performances from Boo Hag, Los Perdidos, and Jackson Spells — a cash bar, snacks, and continued signing of The Incredibly Strange ABCs. Ten dollars admission includes price of book, concert, and launch party. Afternoon attendees who purchase a book will receive a voucher for admission to the concert and launch party on Sunday night, and the publisher will provide a convenient signing and storage system so patrons won’t have to pick up their purchases until the end of the evening.

Bishop is looking forward to returning to his old stomping ground where he left his mark on Columbia’s media art scene. “I used to put out music zines, bootleg comps, and a music blog under the name Force of a Revolving Toilet,” Bishop says. But he may be best remembered around Columbia for creating art-inspired album covers for such bands as the Unawares, Boo Hag, Los Perdidos, and more.

The 36 year old cartoonist wrote and illustrated The Incredibly Strange ABCs as both a gift for and a way of sharing his art with his 17-month-old daughter, says Bishop, who is expecting another daughter with his wife, Nassim Lewis, later this year.

A founding member of the Greater Columbia Society for the Preservation of Soul, as well as the Christmas in July celebration at The Whig, Bishop returns from his current home in Portland, Oregon, after a stint in California, to a number of friends and family members who look forward to his visit and the launch of his first book. 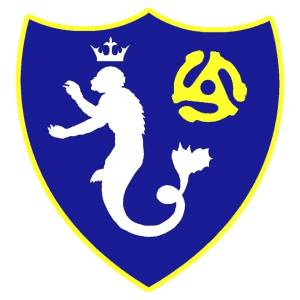 “Tommy was in attendance for our very first live performance and approached us asking if he could design our flyers. We agreed, but could not ever have imagined the visual/design creative brilliance that was to follow for the duration of The Unawares run,” says James Wallace, formerly of the Unawares. “That run included hand inked covers for three CD’s, one LP, and dozens of flyers. A newly designed flyer for each show. He refused payment for his generosity, so we sent him steaks and whisky to show our deep appreciation for who we referred to as ‘Our Genius.’ We had folks interested in our music just from seeing his artwork. Thank you, Tommy Bishop!”

Musician and long-time friend Scott Tempo agrees. “I’ve watched Tommy create state of the art work for about 20 years now. I’ve seen how he labors for hours over the smallest details. I’ve always been a big fan and have come to Tommy numerous times for band artwork over the years. He’s always delivered unique pieces that stand out above the crowd,” says Tempo, whose band Boo Hag is one of three bands playing for the book launch concert. “To be able to be a part of his book release is an honor.”

In advance praise of the publication, Julia “Liz” Elliott, author of The New and Improved Romie Futch and The Wilds, writes, “Combining the subversive silliness of underground comix with the elegant grimness of Edward Gorey, The Incredibly Strange ABCs will enchant both children and adults with addictive tongue twisters and surreal scenarios. Roused from a stupor produced by reading too many humdrum alphabet  books, parents will laugh along with their tots as they explore Bishop’s absurd and wondrous world.”

Filmmaker and segment director of Drafthouse Films anthology ABC’s of Death 2.5, Steve Daniels, writes, “As a father of two budding weirdos, Bishop’s The Incredibly Strange ABCs was a revelation; far more fun that the stuffy, homogenized alphabet books I grew up with as a kid. These strange illustrations and clever wordplay never fail to illicit giggles or downright maniacal laughter from my children. The weirder, the better, and this book has it covered.”

Published by South Carolina boutique publishing company, Muddy Ford Press, The Incredibly Strange ABCs is being printed as a limited release and the author will be on hand at both events on the 18th to sign and personalize the book. Pre-orders are available at Amazon.com and BarnesandNoble.com. 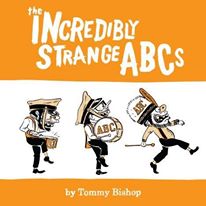 What Jasper Said is the blogging arm of Jasper – The Word on Columbia Arts, a new written-word oriented arts magazine that serves artists and arts lovers in the Columbia, SC area and its environs in four ways: Via Print Media – Jasper is a bi-monthly magazine, releasing in print six times per year in September, November, January, March, May & July, on the 15th of each month. Jasper covers the latest in theatre and dance, visual arts, literary arts, music, and film as well as arts events and happenings; Via Website – Jasper is an interactive website complete with a visual arts gallery, messages from Jasper, an arts events calendar that is updated several times daily, bite-sized stories on arts events, guest editorials, local music, dance & theatre videos, community surveys, and more; Via Blog – What Jasper Said -- you're reading this now -- is a daily blog featuring a rotating schedule of bloggers from the Jasper staff as well as guest bloggers from throughout the arts community; Via Twitter – Jasper Advises is a method of updating the arts community on arts events, as they happen, with more than a half dozen active tweeters who live, work, and play inside the arts community everyday ~ Jasper Advises keeps the arts community abreast of what not to miss, what is happening when it is happening, and where to be to experience it first hand.
View all posts by Jasper →
This entry was posted in General and tagged Boo Hag, Greater Columbia Society for the Preservation of Soul, Jackson Spells, James Wallace, Julia Elliott, Los Perdidos, Muddy Ford Press, Reno Gooch, Scott Tempo, Steve Daniels, Tapps Arts Center, the Art Bar, The Incredibly Strange ABCs, the whig, Tommy Bishop. Bookmark the permalink.