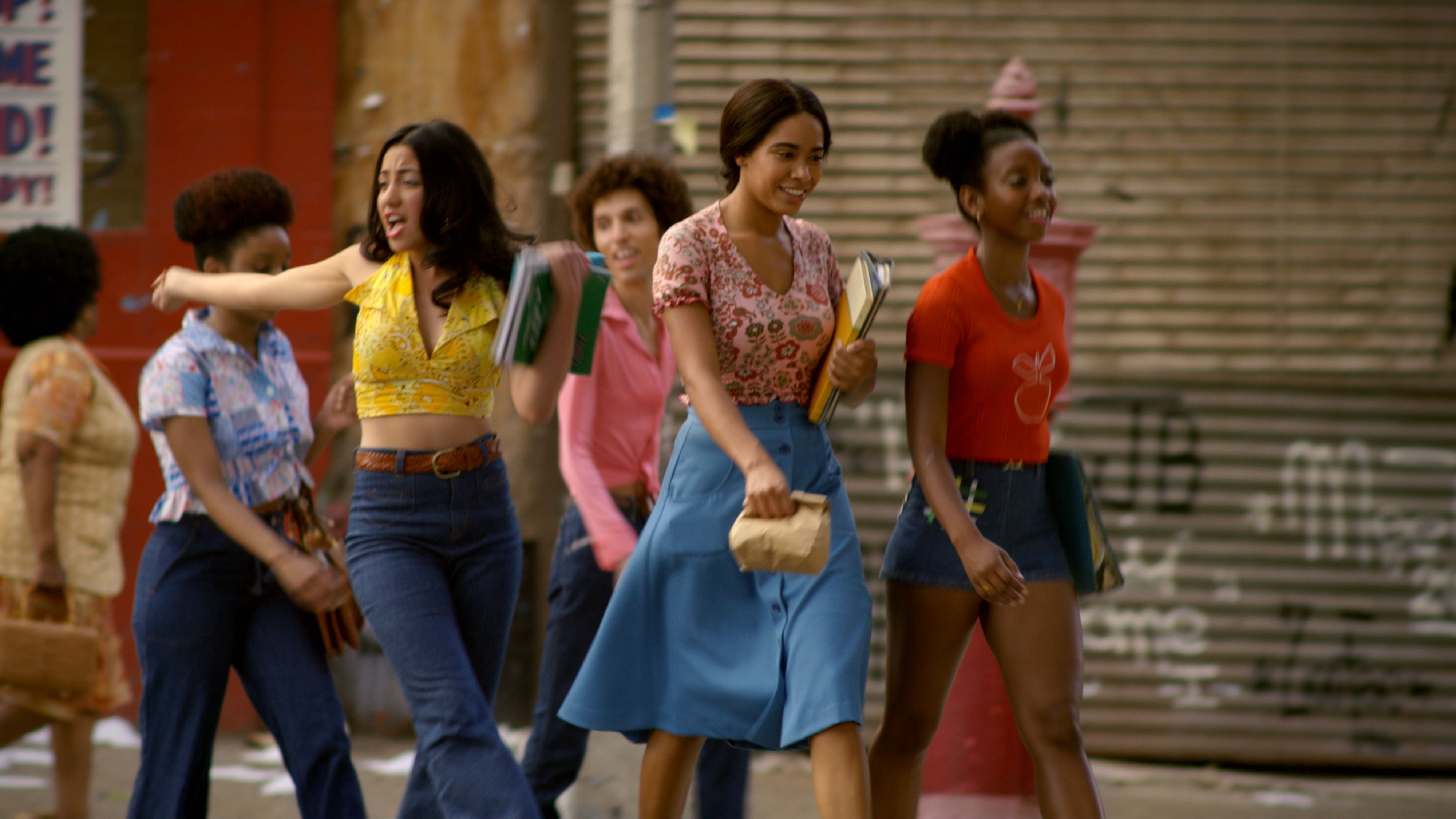 As fads become fixtures, nouns describing these trends sometimes have a tendency to be used as verbs in colloquial speech.  Once this transformation occurs, the saying has the potential to become overused, turning it cliché at best and reprehensible at worst.  Such is the case with the ubiquitous remark, to “Netflix and chill”.  While this phrase evolved to connote sexual undertones, it grows difficult to deny the popularity of this slang verb usage – Netflix proves time and time again, ahem, regardless of ulterior motives on the part of viewers, that this streaming service is efficient and entertaining, allowing audiences to access scores of television shows and movies culled together in one convenient location.

With that being said, the new Netflix original series entitled The Get Down (released August 12) is well worth watching, especially if one is partial to musically charged period pieces.  Created by Baz Luhrmann and Stephen Adly Guirgis, with production assistance from music industry professionals including Grandmaster Flash and Nas, The Get Down emphasizes quality over quantity – there are currently only six episodes available to watch on Netflix, the budget of the show is anything but cheap, and the pilot itself runs for over an hour and a half.  Luhrmann, known for his cinematographic stylization in such films as Romeo + Juliet (1996), Moulin Rouge! (2001), and The Great Gatsby (2013), directs The Get Down in a similarly stylized mode appropriate for the setting of the show.  A gritty, lavish, and aesthetically striking escapade, the storyline revolves around a group of talented teenagers growing up in the Bronx during the birth of the hip-hop scene in 1970s New York.  Concurrently, the show focuses on the rise of disc jockeys out of the disco era, buffeted to popularity with the innovation of spinning two records at once in order to mix and play multiple beats in a continuous loop. 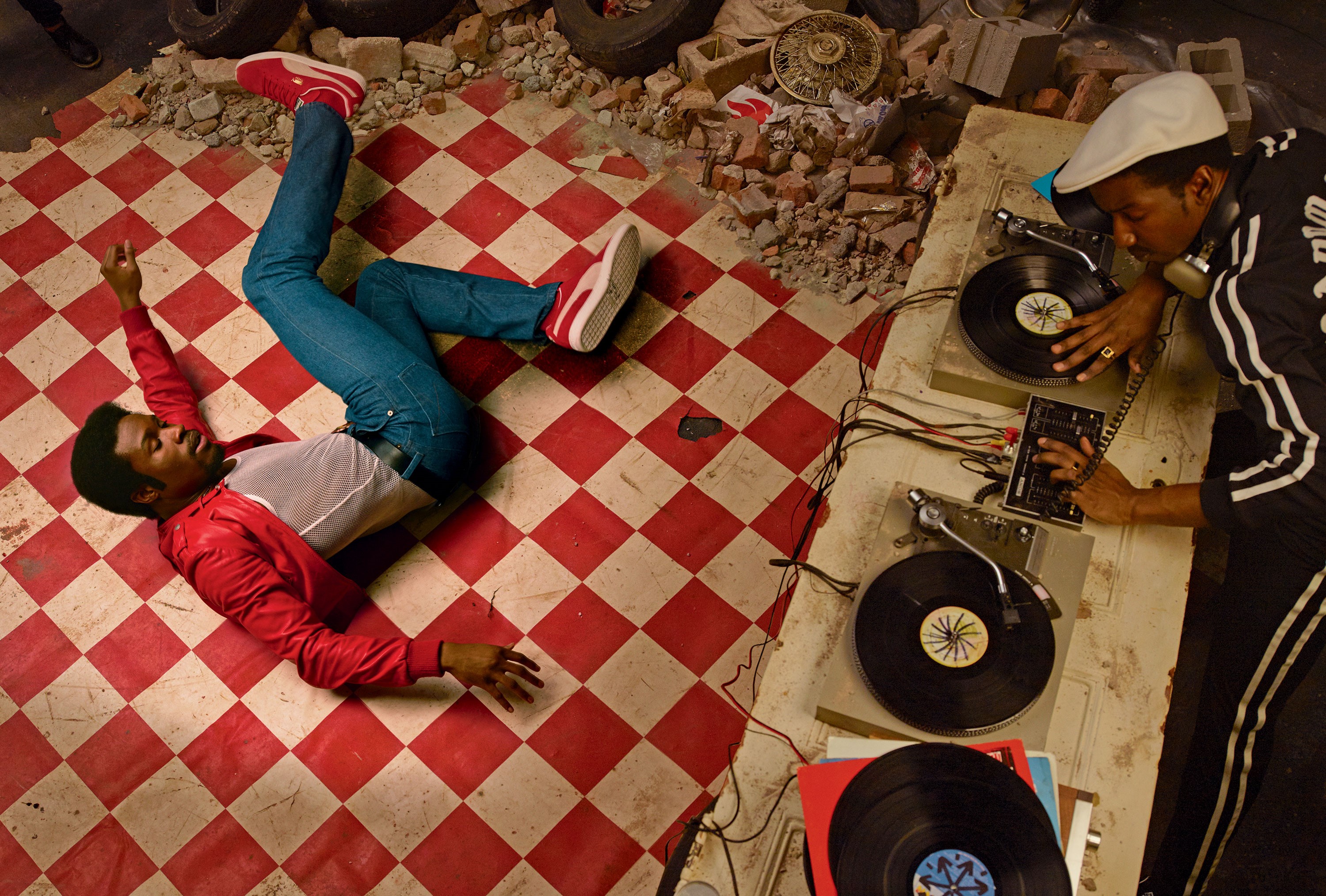 Starring an exceptional cast, the characters are gifted with an assortment of skills.  The role of Ezekiel (Justice Smith), nicknamed “Books” for his knack with poetry and eloquent way of speaking, is considered the “Word Master” of the group as he recites lyrical rhymes that morph into song.  Shaolin Fantastic (Shameik Moore) serves as the “Grasshopper” hustler inclined to martial arts, who soars through scenes like a feather-footed conqueror of the night.  There is no shortage of strong female roles, either.  Breakout actress Herizen Guardiola plays Mylene, the female protagonist graced with a beautiful voice and steadfast disposition who must confront her family’s expectations and her own aspirations to achieve her dream of a career in musical performance.

The Get Down exudes an ethereal, almost ornate air reminiscent of theatrical elements used in productions such as the film adaptation of West Side Story (1961), in which visual and musical artistry stands side by side with hatred and violence.  Bold and colorful costumes and sets; interwoven stanzas of song, dance, and rhymes; and gripping storylines infuse The Get Down with vibrancy that helps to anchor this captivating drama.  The camera zooms sporadically in and out of eccentric details, cutting back and forth in a swishing manner while myriad disco and hip hop tunes provide auditory stimulation, conjuring an atmosphere of surrealism on screen.  The Get Down contains Shakespearean overtones, revealed in the occasional formality of language and the assortment of characters and plots depicted – some appear wise beyond their years while others act foolish and shortsighted.  Various aspects of the show also recall the storylines of such classics including Oliver Twist and Peter Pan, with groups of delinquent youth running around dilapidated city streets and burning buildings in the struggle to survive on a daily basis. 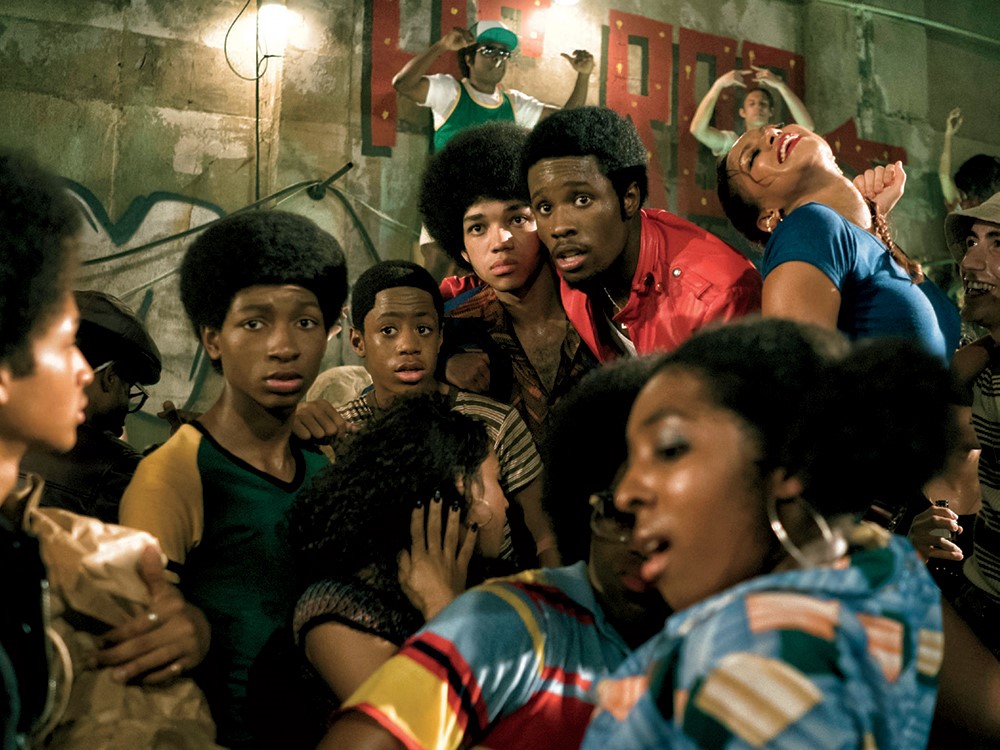 This series incorporates components of the artistic fields – dance, music, poetry, theatre, and fashion each play simultaneously major roles.  These creative details, combined with poignant storylines and struggles, render the show compelling.  Graphic and uncompromising at times, The Get Down streams like a fantastical whirlwind tour of the not-so-pretty sides of the crime-ridden and impoverished streets and hangouts of the Bronx in the 70s, coupled with soulful and candid vignettes of the characters’ lives.

Piquant and provocative, The Get Down places a spotlight on the crucial role of the citizens of the Bronx in New York City in the 1970s, during a time of turmoil and revolution both musically and socially.  Alternating scenes of heartbreak and victory distinguish this show, portraying both the doldrums of teenage life and the treacherous adventures these youth decide to embark on in an attempt to fulfill their potentials and utilize their talents, all with the hopes of breaking free and soaring as confident leaders in the world.

What Jasper Said is the blogging arm of Jasper – The Word on Columbia Arts, a new written-word oriented arts magazine that serves artists and arts lovers in the Columbia, SC area and its environs in four ways: Via Print Media – Jasper is a bi-monthly magazine, releasing in print six times per year in September, November, January, March, May & July, on the 15th of each month. Jasper covers the latest in theatre and dance, visual arts, literary arts, music, and film as well as arts events and happenings; Via Website – Jasper is an interactive website complete with a visual arts gallery, messages from Jasper, an arts events calendar that is updated several times daily, bite-sized stories on arts events, guest editorials, local music, dance & theatre videos, community surveys, and more; Via Blog – What Jasper Said -- you're reading this now -- is a daily blog featuring a rotating schedule of bloggers from the Jasper staff as well as guest bloggers from throughout the arts community; Via Twitter – Jasper Advises is a method of updating the arts community on arts events, as they happen, with more than a half dozen active tweeters who live, work, and play inside the arts community everyday ~ Jasper Advises keeps the arts community abreast of what not to miss, what is happening when it is happening, and where to be to experience it first hand.
View all posts by Jasper →
This entry was posted in General and tagged Mary Catherine Ballou, Netflix, The Get Down. Bookmark the permalink.