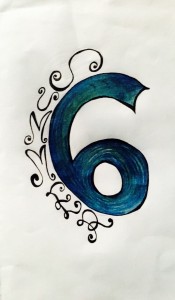 It’s summer in the city and sometimes during this time of year we find ourselves with the weird sensation of (gasp!) free time on our hands.  Rather than letting this phenomenon catch you unawares on some stray Saturday afternoon, Jasper has you covered with our summertime series alliteratively called the Summer Sixes in which we ask members of the Columbia arts community to share their favorite top 6 films, reads, albums, or TV series binges.  We’ll be bringing you this throughout the summer so pay attention to What Jasper Said to learn more about what your friends and neighbors like to do with their spare time, and maybe get some ideas of what to do with yours.

If you know the folks over at Post-Echo at all, it won’t surprise you that they took a strange and unexpected tact when we requested a Summer 7 list from them. Franklin Jones compiled his six favorite abandoned places in the Midlands, many of which are featured in the collective’s films Passage and their latest, Tyler Digital visual album Exit 8.

‘Tis the season for exploration. So resolve your deepest abandonment issues and hit the road this summer in search of these six nearby abandoned places. In the spirit of proximity, I have not included any sites further than sixty miles away; the endless array of ruinous coastal eye candy will have to wait for a separate list. Also, please remember to be careful. Just because somewhere is abandoned, does not mean you are alone.

Once a bustling community during the heyday of the now-defunct Atlantic Coast Line Railroad, the ghost town of Lone Star has been dormant for quite awhile. The remnants of its downtown area, however, feature four gorgeously dilapidated buildings: a general store, a post office, a freight depot, and what appears to have been an old hotel. Coincidentally, the railroad line (owned by CSX Transporation since 1986) still passes through Lone Star on occasion. Side note: be careful trying to access any of the structures as the wasp nests are plentiful.

While not quite a ghost town, Olar’s population is 212 and plummeting at the rate of 10% per decade- so, just be patient. A haven of forgotten banks, service stations, and general stores, Olar was once a popular whistle-stop on the Seaboard Air Line Railway (aka Route of Courteous Service, also the rival to Lone Star’s Atlantic Coast Line Railroad, got all that?). Unlike Lone Star, an uneasy sense of failure and despair hangs over the dregs of Olar. This hasn’t been a quick death.

The Intertape Polymer Group officially pulled up stakes several years ago, moving their packaging plant from the South Beltline location (where it had resided for over 50 years) to a state-of-the-art facility in Blythewood. What was left in the wake of this mass exodus amounts to nothing short of an apocalyptic nightmare. A decrepit maze of soul-sucking office corridors, hastily evacuated laboratories and cavernous testing facilities, all somewhere in the process of being reclaimed by outside vegetation. Even after years of corrosive decay, most of the workstations and cubicles are still intact – in addition to post-it reminders and lab notes, you can also find styrofoam to-go food boxes inside the break room fridge. There’s a little something for everyone here.

Formerly Flat Creek Park, you can find this sprawling behemoth just off Kershaw Highway en route to Forty Acre Rock. Details are scarce (or at least hard for me to find) on what exactly happened to this former parks & rec facility, but the sheer scope of abandonment on display is staggering. Comprised of a gymnasium, an arts/crafts building, two baseball fields, and what appears to be a dungeon of some kind, all scattered across a quarter mile of high grass and cacti (yes, cacti), there’s a lot to experience here so be sure to pack a lunch.

Also affectionately known as the Circuit Cell in tribute to its rusty exposed wiring, The Locker Room lurks just off Highway 378 next to a formerly abandoned gas station and a now-abandoned Hot Sub Shop (which itself was formerly a Subway). A short-lived bar and grill that met a fiery end, nearby locals have provided me with conflicting information over the years on just what happened to the Locker Room. With stories ranging from arson to the aforementioned faulty wiring, the origins of the inferno remain a mystery. As it stands now, the Locker Room is an immense husk of grimey, moss-laden concrete, its interior scattered with remnants that survived the blaze. You can actually still access this structure through the front door – but, to fully experience the Locker Room in all its opulent decay, I recommend entering via the gaping cinder block hole located at the back of the building.

The full breadth of The Ruins is difficult to quantify. Tucked away deep off Bluff Road and surrounded by swamps and farmland, this monolithic structure operated as an Eisenhower-era seed repository before heightened industrialization rendered it obsolete. In the years since, the roofless concrete framework has developed a dense canopy of foliage, currently teeming with wildlife. Additionally, the architectural design of the structure has allowed each of its five compartments to accommodate individualized ecosystems, each different than the last. This is a very special place.

This one really flies under the radar. Located behind Columbia’s historic 701 Whaley building are the crumbling remnants of an indoor pool and gymnasium, approximately sixty years old. The gym was briefly re-purposed as a machine shop before being abandoned several years ago when renovations were announced. However, the real gem to discover is the adjacent pool structure. Truly something to behold, the Dead Pool is anything but lifeless- as a collapsed roof has yielded the necessary conditions for an assortment of plant life to thrive unabated, slowly consuming the interior of the tile structure.

What Jasper Said is the blogging arm of Jasper – The Word on Columbia Arts, a new written-word oriented arts magazine that serves artists and arts lovers in the Columbia, SC area and its environs in four ways: Via Print Media – Jasper is a bi-monthly magazine, releasing in print six times per year in September, November, January, March, May & July, on the 15th of each month. Jasper covers the latest in theatre and dance, visual arts, literary arts, music, and film as well as arts events and happenings; Via Website – Jasper is an interactive website complete with a visual arts gallery, messages from Jasper, an arts events calendar that is updated several times daily, bite-sized stories on arts events, guest editorials, local music, dance & theatre videos, community surveys, and more; Via Blog – What Jasper Said -- you're reading this now -- is a daily blog featuring a rotating schedule of bloggers from the Jasper staff as well as guest bloggers from throughout the arts community; Via Twitter – Jasper Advises is a method of updating the arts community on arts events, as they happen, with more than a half dozen active tweeters who live, work, and play inside the arts community everyday ~ Jasper Advises keeps the arts community abreast of what not to miss, what is happening when it is happening, and where to be to experience it first hand.
View all posts by Jasper →
This entry was posted in General and tagged caitlin hucks, Franklin Jones, jason taylor, jordan young, POST -ECHO, Summer 6s. Bookmark the permalink.