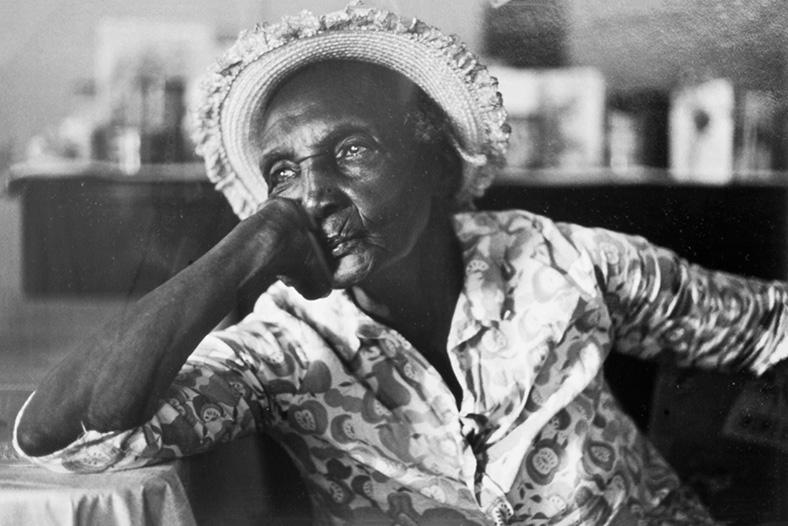 The Columbia Museum of Art is currently displaying “Daufuskie Memories”, an exhibition of photographs by Jeanne Moutoussamy-Ashe, being shown until August 7.  Through the late 70s and early 80s, Moutoussamy-Ashe explored the people, customs, and buildings of Daufuskie Island, a sea island off the coast of South Carolina.  The series is comprised entirely of black-and-white gelatin silver prints.

The island is famous for its rich preservation of Gullah as result of its tight-knit community and isolation from the mainland.  Gullah is a culture and language developing from the descendants of enslaved Africans in the Lowcountry region, a fusion of Africa and the English South.  In “Emily’s Son at Nursery School During Naptime”, a young boy is sprawled out on a mat beneath a stove. Hung up behind the stove is a sheet that reads, “moja — 1 // mbili — 2 // tatu — 3,” and continues to ten.  The words are numbers in Swahili.  The stove is also labeled “stove”, this time in English.  On the other side of the room, propped against the wall, is a Dr. Seuss-themed corn-hole board.  The Daufuskie islanders are suspended between two worlds, yet still largely separate, wedged between the stove and the wall. 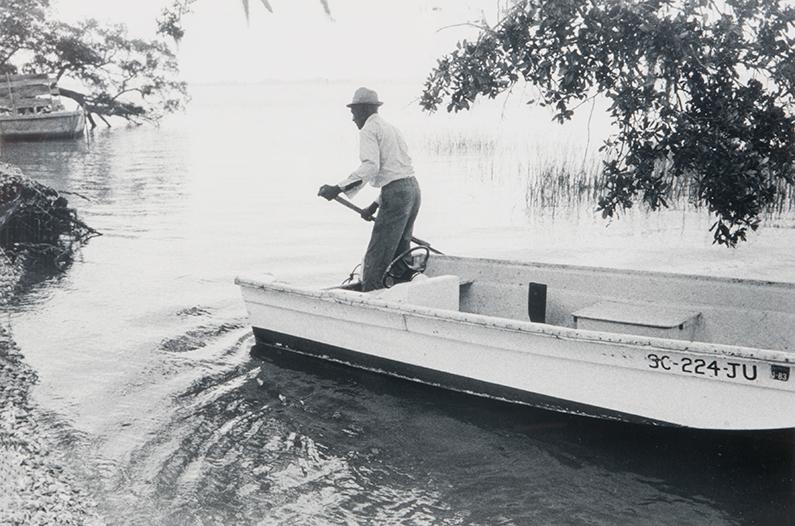 The photos display a wide range of activities, each with its own motion, emotion, and composition of light.  “Shrimper Pulling in his Line” shows a young man at work, dressed in a striped shirt and a bucket hat, pulling a net onboard a ship.  Fishing was the nucleus of the island, a staple at the dinner table and the main sector of the economy.  The island was also deeply religious, and home to the First Union African Baptist Church.  Several photos — of weddings, young piano players, a woman fixing her daughter’s shoes — feature the starkly white, thin-pillared church.  The western influence on faith becomes undeniable in “Susie Standing Next to a Holy Picture”, where a woman tightly smiles next to a picture of an unrealistically Caucasian Jesus.

There are pictures of people at funerals, on oxcarts, and drawing water from cast iron hand pumps.  There are scenes of boats in winter, of children buried in each other’s arms.  However, the vast number of photographs are of just of people — mid-sentence, smoking cigarettes, gazing deeply back at the viewer.  Moutoussamy-Ashe emphasizes the roles of both human interaction and solitude throughout her collection, reminding the viewer that everyone is so much more than a single action the camera catches them in. 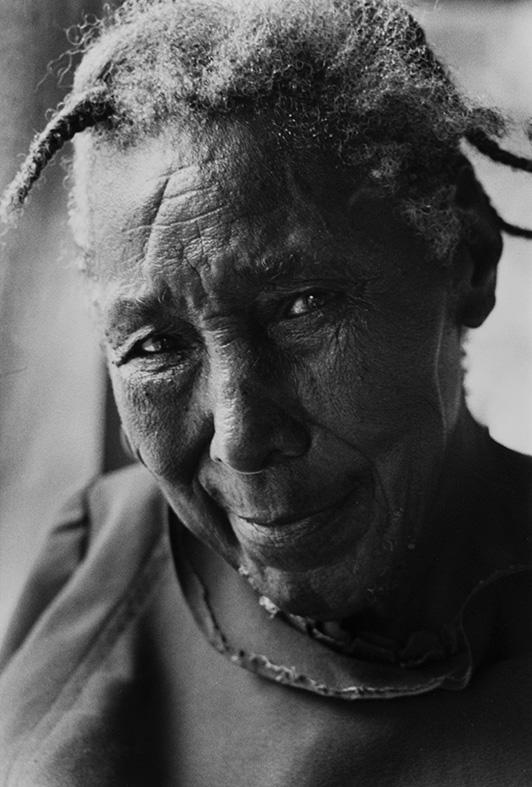 Moutoussamy-Ashe captures these lives in an incredible transition and tragic disintegration.  In the early 60s, Daufuskie islanders started to sell their land to private corporations and disperse throughout the mainland.  Moutoussamy-Ashe caught the last historical glimpses of the island before it became known for its 20-hole golf course and its members-only residential club.  The photographs hold a spirit and landscape that has been widely gentrified in the 21st century.  The photographer herself spoke on the subject, “because the Daufuskie I photographed no longer exist, I know now that these photos are an invaluable archive for the islanders and greater American society.”

What Jasper Said is the blogging arm of Jasper – The Word on Columbia Arts, a new written-word oriented arts magazine that serves artists and arts lovers in the Columbia, SC area and its environs in four ways: Via Print Media – Jasper is a bi-monthly magazine, releasing in print six times per year in September, November, January, March, May & July, on the 15th of each month. Jasper covers the latest in theatre and dance, visual arts, literary arts, music, and film as well as arts events and happenings; Via Website – Jasper is an interactive website complete with a visual arts gallery, messages from Jasper, an arts events calendar that is updated several times daily, bite-sized stories on arts events, guest editorials, local music, dance & theatre videos, community surveys, and more; Via Blog – What Jasper Said -- you're reading this now -- is a daily blog featuring a rotating schedule of bloggers from the Jasper staff as well as guest bloggers from throughout the arts community; Via Twitter – Jasper Advises is a method of updating the arts community on arts events, as they happen, with more than a half dozen active tweeters who live, work, and play inside the arts community everyday ~ Jasper Advises keeps the arts community abreast of what not to miss, what is happening when it is happening, and where to be to experience it first hand.
View all posts by Jasper →
This entry was posted in General and tagged Columbia Museum of Art, Daufuskie Island, Jasper, Jasper Magazine, Olivia Morris. Bookmark the permalink.