-The Giant in “Lonely Souls”, episode 14 of TWIN PEAKS

Eight months is a blink of an eye these days. I used to call songs like these “prescient”. Now I just think of them as reminders I can shake my ass or slow dance to, but reminders, nonetheless, that we’re not learning anything from history. And these days, history keeps getting closer and closer…

Listen to these songs. Shake your ass. Slow dance. But LISTEN. If they don’t seem topical right now, just wait until it is happening again. Because it will.

“I am barred/from the event/I really don’t understand this situation/so where’s the moral?/People get their fingers broken/to be insulted by these fascists is so degrading….” 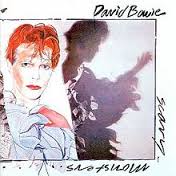 “It’s still at the stage of clubs and fists/hurrah….hurrah/a well known face got beat to bits/hurrah….”

“Everywhere I hear the sound of marching charging feet, boy/’cause summer’s here and the time is right for fighting in the street, boy….” 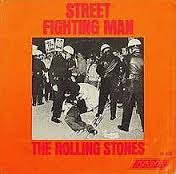 “My name is secluded/we live in a house the size of a matchbox/roaches live with us wall to wall/you’ve killed all our leaders/I don’t even have to do nothing to you/you’ll cause your own country to fall….” 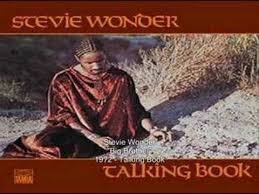 “If you don’t believe me take a look at the one you’re with….” 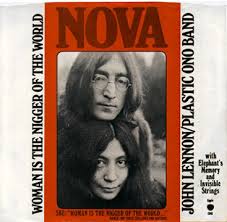 Nina Simone – “Ne Me Quitte Pas” written by Jacques Brel, from the 1965 album DON’T LET ME BE MISUNDERSTOOD

This song was my sole response on social media after the terrorist attack in France. Eight months ago. 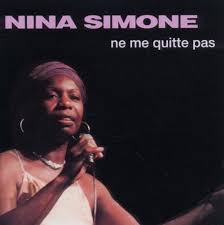 Eight months is a blink of an eye these days. But these days, eight months ago is so easily forgotten that it’s history, too. Listen to these songs. I’ll see you in the street.

What Jasper Said is the blogging arm of Jasper – The Word on Columbia Arts, a new written-word oriented arts magazine that serves artists and arts lovers in the Columbia, SC area and its environs in four ways: Via Print Media – Jasper is a bi-monthly magazine, releasing in print six times per year in September, November, January, March, May & July, on the 15th of each month. Jasper covers the latest in theatre and dance, visual arts, literary arts, music, and film as well as arts events and happenings; Via Website – Jasper is an interactive website complete with a visual arts gallery, messages from Jasper, an arts events calendar that is updated several times daily, bite-sized stories on arts events, guest editorials, local music, dance & theatre videos, community surveys, and more; Via Blog – What Jasper Said -- you're reading this now -- is a daily blog featuring a rotating schedule of bloggers from the Jasper staff as well as guest bloggers from throughout the arts community; Via Twitter – Jasper Advises is a method of updating the arts community on arts events, as they happen, with more than a half dozen active tweeters who live, work, and play inside the arts community everyday ~ Jasper Advises keeps the arts community abreast of what not to miss, what is happening when it is happening, and where to be to experience it first hand.
View all posts by Jasper →
This entry was posted in General and tagged Alex Smith, Jasper, Jasper Magazine. Bookmark the permalink.