Jasper is not impressed by folks who say, “I don’t watch TV,” or “I don’t even own a television,” because usually we’re distracted by the nose hairs they’re waving at us as they regard us from above, and because anyone who gives a flip flop about art knows that we are living in the age of great television.

Some of the most transgressive, provocative, insightful writing and some of the most poignant, multidimensional acting the airwaves (forgive our archaic idiom) have ever seen is happening now. And with alt sources like Hulu, Netflix, Amazon, Youtube, Crackle, Twitch, and Sling, cordcutters don’t even have to own a dreaded television in order to partake of rich, mind-expanding culture.

I won’t indulge in an essay about my 6 favorite TV retrospective binges (Six Feet Under, West Wing/Sports Night/Studio 60 (love me some Sorkin), Northern Exposure, Breaking Bad, The Riches, Hamish McBeth), but Stereofly’s Greg Slattery put together a thoughtful list of surprises that makes me want to take another look at my choices the next time I hunker down with a pile of cats and some Ben & Jerry’s Coffee, Coffee, Buzz, Buzz, Buzz for a little me-expanding-my-mind time.

Here are Greg’s top 6 TV Series indulgences for those hellacious summer afternoons in the Soda City when you’ve got nothing but AC and a remote control in your sites. – Cindi

While pegged as a children’s show, Nickelodeon’s Adventures of Pete & Pete holds up over time, offering the same joy to show veterans while still maintaining a level of quirky genius to appeal to those who missed out on the show when it first broadcast. Big Pete’s voice of reason collides with his younger brother Pete’s resistance to both authority and the mainstream, offering hilarious and relatable tales of growing up. You can pick up the first two seasons on DVD and online, but the third season has yet to be officially released…but the mighty power of YouTube has all three seasons available if you can put up with some video quality issues (it’s worth it). 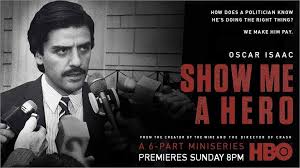 Show Me A Hero

This HBO mini-series is based on the non-fiction book by Lisa Belkin, following former police officer Nick Wasicsko as he runs for mayor of Yonkers, NY, in 1987 and the effect of a federal mandate to scatter public housing among the white middle-class neighborhoods in the city. If you are a fan of the work David Simon and William F. Zorzi have done together on The Wire and Treme, their six part mini-series holds the same investigative flame they’re known for to both race and wealth. 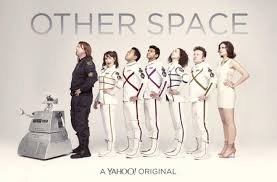 Paul Feig, most loved (by me) for his role in Freaks and Geeks and Undeclared, produced a science-fiction original series for Yahoo! last year called Other Space that never got much attention and was canceled when Yahoo! axed its on-demand streaming service division. The series follows a highly inexperienced crew who accidentally get launched into space with no clear vision on how to return. Mystery Science Theater 3000 fans may notice creator Joel Hodgson starring as the ship’s mechanic and his robot sidekick A.R.T. sharing the voice of Crow T. Robot. The only stars in the series are the ones outside the ship, but Feig’s direction provides a goofy science-fiction series for those looking for a less technical trip through space. A Yahoo! search for Other Space will pull up the only season, but according to Feig a second season will come even if he has to shoot it on his iPhone.

If you’ve missed this Netflix exclusive, you have two incredible seasons for binge watching. Following the story of a blind lawyer with superhuman powers, Matt Murdock (a.k.a. Daredevil) takes to the streets to clean up the mess the justice system leaves to leave unscathed. This is one of the greatest comic book screen adaptations, using appropriately grimy scenery to set the dark tone for this action-packed superhero drama. If you felt the Daredevil film with Ben Affleck was a travesty, this series will bring you sweet relief. If you need more after two seasons of Daredevil, give Marvel’s Jessica Jones a watch. 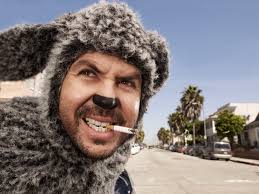 Following a failed suicide attempt, Elijah Wood’s character Ryan can now hear his neighbor’s dog Wilfred talk. This dark, twisted comedy explores the difficulties we all face in life with a canine serving as the voice of good and evil, though the line between the two is almost always blurred. Life lessons are common themes shrouded in pot smoking and debauchery. Though the series was ultimately canceled by FX, the crew was given enough warning to tie up loose ends for a satisfying, four season show that might be one of the stranger TV programs to date.

I highly recommend watching the 1994 film Stargate prior to the series, only because it’s a great film and offers some foundation for the story. If you’ve seen Stargate SG-1 and weren’t a fan, I understand. This is different. This is better. As a crew flees an attack on their base on a remote planet, the team’s scientist dials the Stargate to the ninth chevron to avoid taking the battle to Earth. As they cross through the Stargate they find themselves aboard an abandoned spacecraft known as Destiny. If you like the 2004 reboot of Battlestar Galactica, you’ll appreciate Stargate Universe‘s dark exploration of what makes us human. 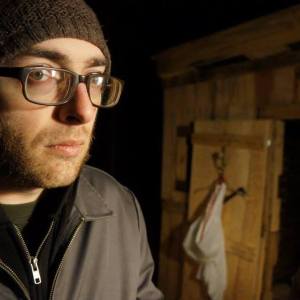 Greg Slattery is a tireless concert promoter and editor of the zine Stereofly and one of the founders of the independent record label 10 Foot Woody Records. Slattery is also a guitarist and singer/songwriter in the rock band Shallow Palace and plays guitar and bass for a variety of other acts around town, including Brian Robert & The Hollerin’ River Talkers, among others.

What Jasper Said is the blogging arm of Jasper – The Word on Columbia Arts, a new written-word oriented arts magazine that serves artists and arts lovers in the Columbia, SC area and its environs in four ways: Via Print Media – Jasper is a bi-monthly magazine, releasing in print six times per year in September, November, January, March, May & July, on the 15th of each month. Jasper covers the latest in theatre and dance, visual arts, literary arts, music, and film as well as arts events and happenings; Via Website – Jasper is an interactive website complete with a visual arts gallery, messages from Jasper, an arts events calendar that is updated several times daily, bite-sized stories on arts events, guest editorials, local music, dance & theatre videos, community surveys, and more; Via Blog – What Jasper Said -- you're reading this now -- is a daily blog featuring a rotating schedule of bloggers from the Jasper staff as well as guest bloggers from throughout the arts community; Via Twitter – Jasper Advises is a method of updating the arts community on arts events, as they happen, with more than a half dozen active tweeters who live, work, and play inside the arts community everyday ~ Jasper Advises keeps the arts community abreast of what not to miss, what is happening when it is happening, and where to be to experience it first hand.
View all posts by Jasper →
This entry was posted in General and tagged Greg Slattery, Jasper, Summer 6s, television. Bookmark the permalink.