I walked into Professor Robert Richmond’s office, and saw pictures everywhere of various productions he has directed both at the university and around the country.

Most of these productions are the works of Mr. William Shakespeare himself.

From April 14-30, the University of South Carolina is hosting Shakespeare’s First Folio, and since all the world’s a stage, there will be a myriad of ways Columbians can experience these exquisite and well-known works.

“The First Folio is a book that was created seven years after Shakespeare’s death, and is really the book that gave us Shakespeare’s works. Without that compilation of his plays, we probably would have lost many of them, and he wouldn’t have been the most performed playwright in the world. So it seemed appropriate that we should program a number of events.” Richmond explained. “The Tempest, which is the Main Stage production in Drayton Hall, was seemingly fitting because it was his last play and was his farewell to the theatre in many ways.”

The Tempest isn’t the only production on campus to catch a hint of the bard though. Louis Butelli will star in the one-man production and original piece, Gravedigger’s Tale (April 21-23, Longstreet Theatre) and a group of players will perform in an outdoor production titled “Jukebox Shakespeare” (April 23, outside of Thomas Cooper Library).

“Gravedigger’s Tale is an interactive audience piece in which the audience is given a human bone and on the bone is a question. Louis Butelli, playing the gravedigger, invites the audience in a random order to ask a question, and he gives the answer back all in Shakespeare except for just a couple of little adjoining words that get in from A to B,” Richmond elaborates. “Jukebox Shakespeare will be a traveling troupe of Shakespearean players who will perform different scenes, monologues, speeches, and soliloquies on the green outside of the library. It will revolve around the crowd because it’s just really based on passers-by. People will be able to take requests from the ‘greatest hits’ of Shakespeare, so we have everything from Romeo and Juliet to Hamlet to Twelfth Night to Richard III to Henry V.”

Clearly, Richmond is no stranger to innovation. His productions often include unique takes on familiar pieces that transform the work and drop audiences into completely different worlds. 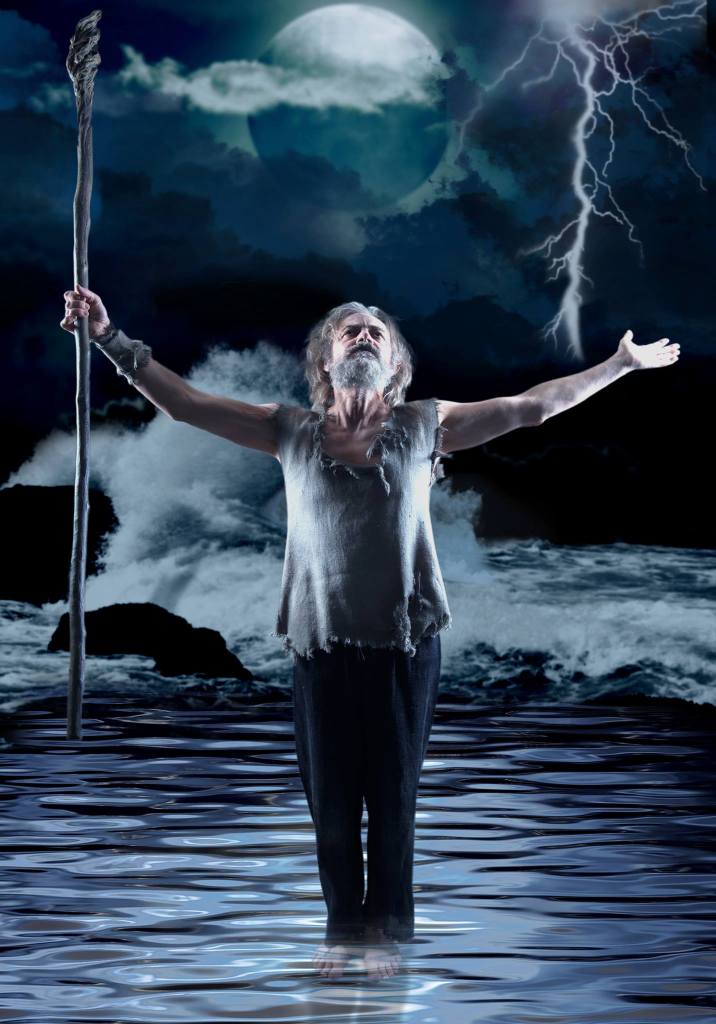 “Well, I think every generation has to redefine him [Shakespeare] in that it has to become accessible and exciting and it needs to be something that a younger generation can understand and feel a part of and complicit in the action,” Richmond says. “So The Tempest is actually a weird play because it has a reputation of being very serious, but actually there’s huge amounts of fun in it. There’s clowns, magic, and fantasy characters. I wanted to try and do a production that is sort of Pan’s Labyrinth meets Shakespeare, but it has to have a sort of an appeal to our sensibilities so that we understand the science fiction of it, the fantasy element of it. Ours is not the sandy beach, castaway version of the play. Ours is a Lord of the Rings version of the play with Celtic music that is obviously very evocative that really tells the audience and makes them think about what it would be like to be stranded on an island.”

Outside of USC’s theatrics, the Thomas Cooper Library will host classes, discussions, and speeches from people such as Shakespearean scholar Stephen Orgel, the First Folio exhibit “Much Ado About Shakespeare” will be open in Hollings Library, and the South Carolina Shakespeare Company will perform Merry Wives of Windsor in Finlay Park.

“To me, it’s less about the book and more about the humanity that is in the book,” Richmond closes. “The book itself is significant; it’s changed the way that we think, the way that we talk, the language that we use. In that book are 1,700 words that had never been spoken before. His [Shakespeare’s] influence on the language that English-speakers share across the world is huge. But the book itself is just a book; it’s about what is in the book and what the book says to each and every one of us.”

For more information about the upcoming events this month, go to http://library.sc.edu/p/FirstFolio!

What Jasper Said is the blogging arm of Jasper – The Word on Columbia Arts, a new written-word oriented arts magazine that serves artists and arts lovers in the Columbia, SC area and its environs in four ways: Via Print Media – Jasper is a bi-monthly magazine, releasing in print six times per year in September, November, January, March, May & July, on the 15th of each month. Jasper covers the latest in theatre and dance, visual arts, literary arts, music, and film as well as arts events and happenings; Via Website – Jasper is an interactive website complete with a visual arts gallery, messages from Jasper, an arts events calendar that is updated several times daily, bite-sized stories on arts events, guest editorials, local music, dance & theatre videos, community surveys, and more; Via Blog – What Jasper Said -- you're reading this now -- is a daily blog featuring a rotating schedule of bloggers from the Jasper staff as well as guest bloggers from throughout the arts community; Via Twitter – Jasper Advises is a method of updating the arts community on arts events, as they happen, with more than a half dozen active tweeters who live, work, and play inside the arts community everyday ~ Jasper Advises keeps the arts community abreast of what not to miss, what is happening when it is happening, and where to be to experience it first hand.
View all posts by Jasper →
This entry was posted in General and tagged Finlay Park, First Folio, Gravedigger's Tale, Haley Sprankle, Jukebox shkespeare, Louis Butelli, Merry Wives of Windsoe, Robert Richmond, SC Shakespeare Company, Shakespeare, shakespeare's First Folio, Stephen Orgel, The Tempest, University of South Carolina. Bookmark the permalink.