Throughout the community, Alpert has be involved in a myriad of different large-scale projects from spearheading the SC Flood Relief movement within hours of the crisis to helping run and organize events like Famously Hot New Year. He’s been seen working on and backstage at Trustus Theatre, and is even a graduate of their Apprentice Company.

So why does a college election matter to Columbia?

That’s where Alpert comes in.

I was lucky enough to have the chance to sit down with the student body presidential candidate to get his thoughts on how he can better serve the students, the community, and how he can bridge the gap between the two.

Q: What makes you different from the other candidates?

Alpert: Unlike the other candidates, I’ve put forward a platform and a vision for USC that will help move us into the 21st century. My plan is realistic and pragmatic, with an understanding of the limitations of student government. We aren’t promising a fix to parking (which would require a change in state law), and we’re focusing on making USC a more inclusive place. I’ve shown this community my work ethic, and I’ve shown that I know how to get results. I don’t issue empty promises. A lot of that goes back to the community that raised me. I grew up in the Columbia arts community, and that’s become a formative part of who I am. We were taught to dream big and how to find ways to make those dreams a reality. We were taught to love each other unconditionally, even when someone makes a mistake. To me, that’s what we should have in a leader.
How do you plan to connect the community of Columbia to the student community of USC?

Over the last few years, I’ve had the opportunity to get to know some incredible leaders around the city. I’ve come to believe that USC deserves to have a stronger relationship with the city, and students ought to have access to the incredible resources that we have to offer. I am always disappointed when I don’t see students filling our local theatres, or coming to events on Main Street, or eating at some of the wonderful restaurants in town. That’s something that I think we can fix. The biggest problem is awareness. By partnering with businesses and leveraging the visibility of student government, I’ll be encouraging students to go experience what Columbia has on offer. I’ll also be working with these businesses to make sure they’re coming on campus – that they are reaching out to students. This is about working, not waiting. My administration will be working to make sure that students have access to the career opportunities, leaders, resources, and events that our city has.

What issues do you feel are most important to our campus?

I think there’s a general sense that we’ve had enough talk on campus. There are groups and individuals who are trying to find ways to make this campus better, and they’re being met with a brick wall. We deserve to have leaders who aren’t full of talk. Whether it’s the clear race issues on campus that are arising every year, or the issue of being inclusive for our trans siblings on campus, or even the issues that Student Government has no power over like parking and wifi, students feel like their words are stuck in an echo chamber. It’s time that we have leadership on campus that works collaboratively to make sure that this campus is a better place every day.

You’ve talked about lowering tuition–how do you plan to actually lobby for and go through with that?

My plan calls for a reduced cost of attendance, and we’ll be working for something called open educational resources. Tuition is set by the state, and it would take something akin to an act of God to reduce that. But one thing that we can feasibly tackle are the cost of textbooks on this campus. After being introduced to OERs, I got really excited and wanted to learn more. Then, my campaign team and I spent a few weeks meeting with OER repositories and doing our research about how they’ve been implemented across the country. What we’ve found is that the average student at USC pays $1,008 per year on textbooks. That skyrockets to $1,500 per semester for freshmen. These costs hit minority and first-generation students the hardest. However, OERs, which are textbooks written by some of the top faculty in the country and used at our peer institutions, can help drive those costs down. While $500 per semester may not seem like much, that’s money that we’re saving students and allowing them to be successful without breaking the bank. The biggest roadblock to their implementation is simply awareness. So we’ll be doing what UMass Amherst did when they saved students over $1 million when they implemented OERs, by sitting down with faculty and academic administration to convince them to switch over to these resources. After a few conversations already, professors at USC are excited about these resources and want to make sure their students have the chance to be successful regardless of their income level. All it takes are a few leaders willing and able to do the work to make the switch a reality.

What are your biggest hopes for this student body if you’re president?

At the end of the day, it comes down to having a culture at USC that’s better than when we found it. It’s about being a part of a team that works to make USC a more inclusive and supportive place every single day. I want to leave office and have people feel that they can change this campus for the better. I’m in a really fortunate position, because I don’t need to bolster my resume with this office, so I’m in a great position to work with students and make sure that they can do something great. Student Government ought to work for the students, and it ought to dream big for where we should be. Rather than trying to fix problems that student government has no control over, I’m presenting a vision of a USC that works for every student, and allows them to be successful throughout their lives because of their time on our campus.

As a long time friend and fellow advocate of both my school and city, I’ll be voting for Cory today. Let’s start now and change this school for the better! 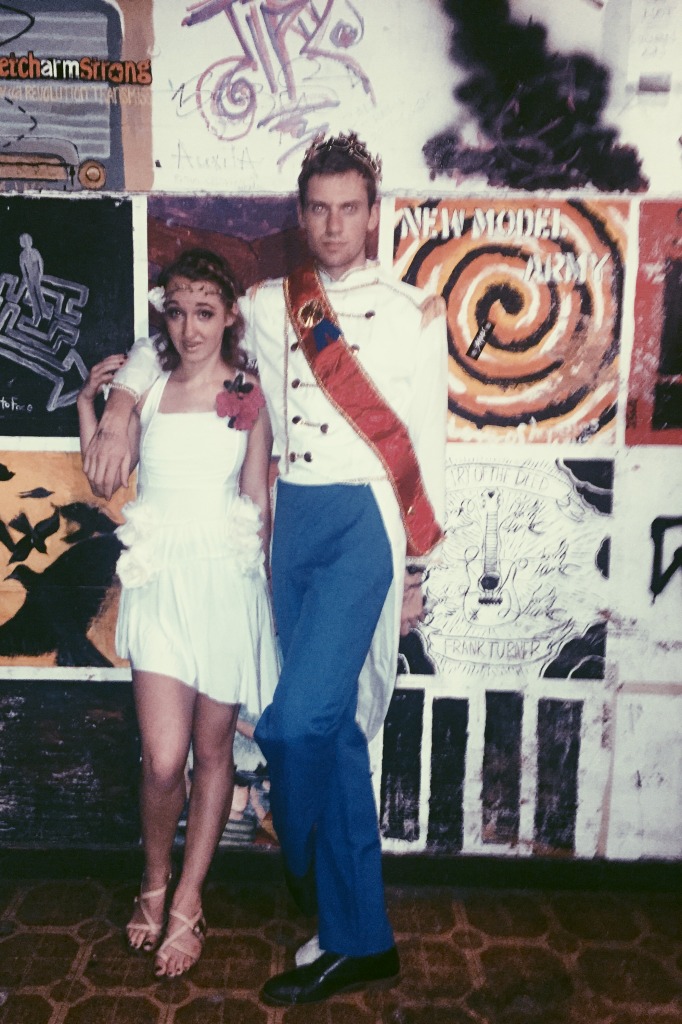 What Jasper Said is the blogging arm of Jasper – The Word on Columbia Arts, a new written-word oriented arts magazine that serves artists and arts lovers in the Columbia, SC area and its environs in four ways: Via Print Media – Jasper is a bi-monthly magazine, releasing in print six times per year in September, November, January, March, May & July, on the 15th of each month. Jasper covers the latest in theatre and dance, visual arts, literary arts, music, and film as well as arts events and happenings; Via Website – Jasper is an interactive website complete with a visual arts gallery, messages from Jasper, an arts events calendar that is updated several times daily, bite-sized stories on arts events, guest editorials, local music, dance & theatre videos, community surveys, and more; Via Blog – What Jasper Said -- you're reading this now -- is a daily blog featuring a rotating schedule of bloggers from the Jasper staff as well as guest bloggers from throughout the arts community; Via Twitter – Jasper Advises is a method of updating the arts community on arts events, as they happen, with more than a half dozen active tweeters who live, work, and play inside the arts community everyday ~ Jasper Advises keeps the arts community abreast of what not to miss, what is happening when it is happening, and where to be to experience it first hand.
View all posts by Jasper →
This entry was posted in General and tagged campaign, Cory Alpert, darling dilettante, Haley Sprankle, president, south carolina, student body, USC. Bookmark the permalink.