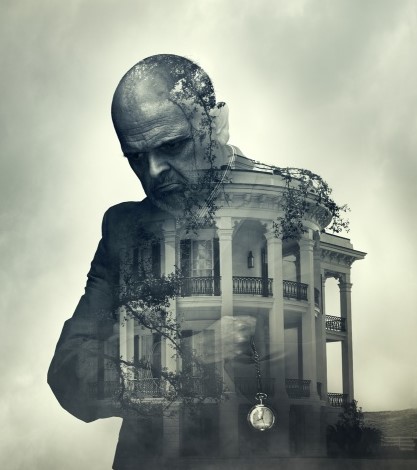 Appropriate, the new play Trustus Theatre opened this past Friday and runs through February 13th, is a curious thing. Both deeply conventional in its family drama premise and deeply subversive in its side-eye examination of the only partly-obscured racist foundations of that disintegrating family, the story often feels like a bold bid by Obie-winning wunderkind playwright Branden Jacobs-Jenkins to bind a specific thread of American theatre with a sharp and insightful take on what might be called a specific kind of American racism.

Set in the living room of a former plantation home that the deceased patriarch of the LaFayette family was futilely attempting to turn into a bed-and-breakfast, the play circles around the three offspring and their families during a roughly 36-hour period in which they convene to auction off and settle the remainder of the estate. Amid predictable, even cliché, sibling squabbles about responsibilities, money, and a hazy shared history, the reality of their father’s questionable past and possible involvement in the darkest aspects of our country’s racial history is revealed through a variety of artifacts uncovered throughout the house.

Despite that, the play is barely brushed with any discussion of race—it is the absence of that discussion and understanding that instead leads to emotional focal points, particularly as characters alternate between a desire to “use” or exploit the power of the artifacts for monetary gain or treat them with an alien sense of distance, as if they have nothing to do with their own history and the very reason they are who, where, and what they are.

That this is played for unsettling laughs more than queasy blanches is as much a token to Trustus’s production and Jim O’Conner’s direction as Jacob-Jenkin’s writing. With characters that are constantly teetering on the edge of stock archetypes, both Trustus Main Stage newcomers, as well as veterans, shine. Burke McLain as Frank/Franz Lafayette, the youngest sibling, and Jennifer Webb as his much-younger girlfriend River Rayner turn in as rich and nuanced performances as their characters allow, with the former tackling the nervous narcissism and awkward earnestness of a recovering alcoholic with jittery energy and the latter latching on to a surprising strength somewhat hidden by the new age hippie smarm on the surface. G. Scott Wild delivers another predictably assured performance of a harried white man accustomed to his own privilege as the eldest son Bo LaFayette, as does Chloe Rabinowitz as Bo’s wife Rachel Kramer-Lafayette. Rachel could have easily fallen prey to the stereotype of the cultured urban Jew, but Rabinowitz gives her a warm presence and relative grace in even the play’s most heated moments. And Erica Tobolski practically disappears into middle child Toni Lafayette, a put-upon divorcee whose life and family are crumbling around her. Toni’s role veers nearest to antagonist in this play, which, despite the degree to which Jacobs-Jenkin’s toys with archetypes here, never fully emerges.

That being said, the persistent mismatch of age to character weakens the execution to a certain extent, particularly in moments when the script depends heavily upon it. The two central younger characters here, Toni’s son Rhys Thurston, played by Trustus Apprentice Brice Hall, and Bo’s daughter Cassidy (Rebecca Shrom) in particular feel a bit odd, given that Cassidy is supposed to be an insouciant young teen and Rhys her senior by a few years. Shrom conveys all of the childish lack of sophistication and imperious adolescent angst that the character requires, but it’s still a bit jarring next to Hall’s more authentic youthful ungainliness. The same problem crops up to a lesser extent between Frank and River, who are supposed to look twenty years apart but seem fairly close in age, making Frank’s sexual improprieties in the past a bit more confusing. Even the relative ages of Bo and Rachel can throw the timeline into some confusion.

The production overall, though, is quite strong. The play’s demand on scenic and sound design are deceptively tricky, particularly given the thematic heft that the unseen cicadas and the structural deficiencies of the house itself have on the production as a whole. Their role in undergirding the weight of place and history in lieu of the character’s direct confrontation with those issues is paramount, and Baxter Engle (sound design) and Heather Hawfield (scene design) do a superb job in delivering some of the most genuinely devastating moments in a play that more often produces ambivalence to the characters themselves.

In the end, it is Jacobs-Jenkins and his dazzling pen that will dominate how you feel about Appropriate. On technical and conceptual levels his accomplishments are difficult to deny, but there’s a countervailing corollary to any play so invested in both its writerly nature and high-concept premise. The sense of constraint that comes from working from semi-stock characters, even as they become imbued with a degree of nuance by both script and actor, might have some theatregoers leaving with some sense of hollow artifice to the whole endeavor. Even if that is the case, though, the production does without qualification force an uneasy confrontation with the particular ways white America does, and doesn’t, consider the full impact of our country’s racial history on both moments large and small, personal and societal. In a time when the Black Lives Matter movement struggles to get our country to confront the full measure of its sins past and present, and in the midst of a presidential election cycle which suggests that we not only seek to forget our legacy but that we’re still very much embroiled in a modern-day xenophobia, these confrontations are very much worth having.

*Update: We regret that we failed to note that this review was based on a preview performance of the production.