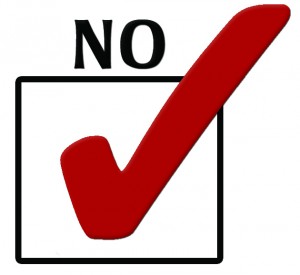 This week started out great. Lots of exciting stuff on the calendar, interesting meetings, tasks that I absolutely love to do. Looking ahead and all the way through Saturday morning’s game, I was psyched for what the third week of September held in store. My Facebook calendar was full and I was happy!

Monday was a bit of a chore, though. For the fifth day in a row I was still working on a 2nd Act Film Festival project that should have taken less than two days to finish.

Tuesday was a little tougher. It was the last day for Jasper Artist of the Year nominations which means the beginning of a lot of sorting and stuff and I was continuing to work on last week’s merciless mess of a project. I ended up forgetting about one meeting and rescheduling another.  I did make it to the Nick to see Grandma that evening and didn’t feel too guilty about that since I reviewed it for the blog.

Wednesday meant day seven of the same old project, day two of the JAYs, and only two meetings, both about very exciting stuff.  By the end of the day one meeting got pushed back 30 minutes and the other two full hours, but that was OK because that night was the first night of ARTS101, our much anticipated series of arts history and appreciation presentations from esteemed members of our arts community. I remember when we first announced this series — so many people were happy about it! And the Facebook event racked up 19 yeses and 19 maybes almost immediately. With a possible 38 people (no, I never expected the maybes to show up but I don’t believe in being unprepared) coming out, the mag staff and I, along with two eager interns, were ready to greet our crowd with carefully prepared and reproduced copies of the ARTS101 calendar, a primer on John Constable, who was the subject of Mary Gilkerson‘s fascinating presentation, a slideshow loving prepared by our buddy Shige at Tapp’s, a bar set up by Daniel, and a plate of assorted cookies. Three different kinds.

I’ll just cut to the chase. No. One. Showed. Up. No, the maybes didn’t show up, of course, but neither did the yeses. None of them. We did have a gentleman come in from off the street but I don’t know if he knew he was coming in for a presentation or not. We were glad he was there. And we were glad we were there. It was a casual and informative presentation enjoyed over cold Coronas and cookies and I am thrilled with the knowledge I now have about landscape artist John Constable. (Primer below for your enjoyment and edification.)

Now, we’re at Thursday and by the end of the day my buddy and Jasper film editor Wade has ably taken the cursed week-old project off my crippled hands.  I’m still working on the JAYS but the end is in sight, and I’ve turned my attention back to the next issue of the mag as well as the bones of the non-profit that’s at a steady boil on the back burner of my life, waiting patiently to be moved up front and served. I wanted to go to the closing reception for Figure Out at Tapp’s, one of my all-time favorite shows in town. In fact, I wanted to blog about the reception and appeal to the powers that be–in this case gallery owners and operators in the city– that we must not relegate figurative and nude shows to one event a year held behind warning signs on closed doors. We must make the human body, clothed or unclothed, a part of our everyday art experience. As an arts community we can no longer be afraid of breasts and penises! But, of course, I didn’t have time to go to the show or write the blog and only sneaked out to the Trustus fundraiser at The Whig (63 yeses and 24 maybes — I don’t think so) because I love Trustus and I love The Whig and I knew my kids would be there. I came home and went back to work.

So here it is on Friday afternoon. I’m tired, it’s been raining for the past two days, the temperature is fall-ish, and new episodes of good TV started this week and are waiting on my DVR.

But wait, according to Facebook I have six events to go to tonight. Six different exciting events. Six events that would enlighten me, make me a better person, and allow me to enjoy the company of all the other yeses who want to go to these events and see each other.

You all know how this is going to turn out. I’ve already taken off my bra, smudged my makeup by rubbing my eyes, and poured myself a glass of wine. I ain’t going nowhere.

But on Wednesday night of this past exciting and life-affirming week, in addition to learning about John Constable I learned something else. I learned about the power of the yes and I learned about the power of the no. (Maybes never really count.) So before I poured that vino and unsnapped that brassiere I visited the pages of all the fun events I will not be going to tonight and I changed my status. Yes, I could have done it earlier, had I been more honest with both Facebook and myself. But I’ll take credit for doing it at all and I challenge myself to be better about it next time.

And I challenge you. Just say no to Facebook unless you really are planning to attend an event. But if your enthusiasm gets the best of you and you really believe you can make it to all those openings and receptions and concerts and presentations that you want to go to, do what I’m going to try to start doing. (I admit to being the worst about this in my life prior to this evening.) See where Facebook expects you to be and, if you’re not going to be there, don’t pretend. Change your yes to no and, if you must, leave a little message. You’re tired, you’re drained, you have a date with Olivia Pope. Doesn’t everyone’s head hurt a little? Just be honest with Facebook. Change it to no.

And here’s that John Constable primer I promised you:

What Jasper Said is the blogging arm of Jasper – The Word on Columbia Arts, a new written-word oriented arts magazine that serves artists and arts lovers in the Columbia, SC area and its environs in four ways: Via Print Media – Jasper is a bi-monthly magazine, releasing in print six times per year in September, November, January, March, May & July, on the 15th of each month. Jasper covers the latest in theatre and dance, visual arts, literary arts, music, and film as well as arts events and happenings; Via Website – Jasper is an interactive website complete with a visual arts gallery, messages from Jasper, an arts events calendar that is updated several times daily, bite-sized stories on arts events, guest editorials, local music, dance & theatre videos, community surveys, and more; Via Blog – What Jasper Said -- you're reading this now -- is a daily blog featuring a rotating schedule of bloggers from the Jasper staff as well as guest bloggers from throughout the arts community; Via Twitter – Jasper Advises is a method of updating the arts community on arts events, as they happen, with more than a half dozen active tweeters who live, work, and play inside the arts community everyday ~ Jasper Advises keeps the arts community abreast of what not to miss, what is happening when it is happening, and where to be to experience it first hand.
View all posts by Jasper →
This entry was posted in General and tagged 2nd act film festival, Cindi Boiter, Figure Out, Jasper, Jasper Artist of the Year, JAY, Mary Bentz Gilkerson, Tapp's Art Center. Bookmark the permalink.