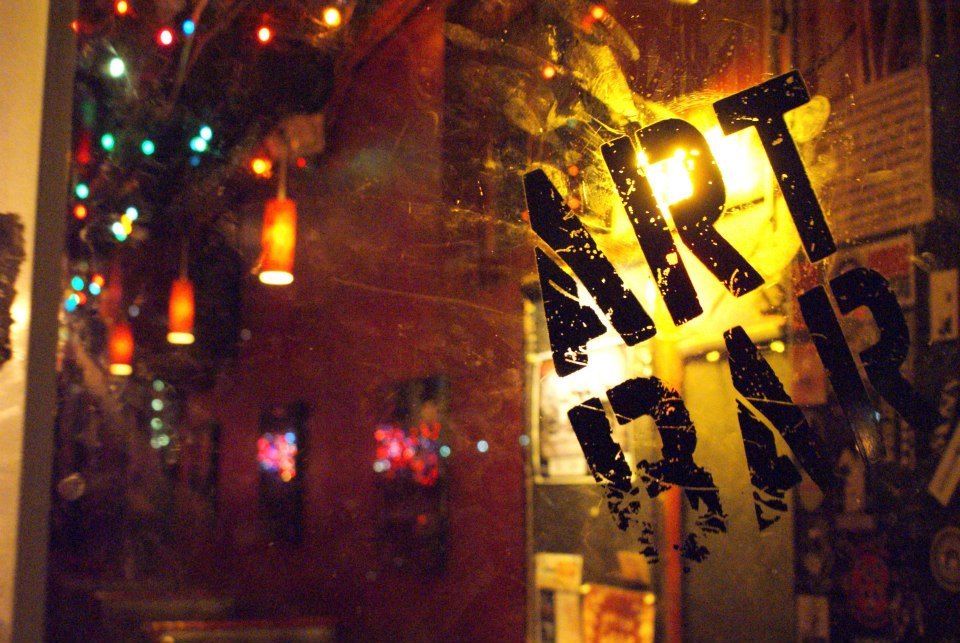 We’ve got a great evening of music to celebrate the release of our new magazine that covers, among other things, giants of modernism like Georgia O’Keeffe, crazy wigs made by some talented folk working at Trustus, dystopian depictions of mutant hogs conjured up by Julia Elliott, and the worst local musician of all time, that asshole Danny Joe.

Come out tonight, September 17th, to the Art Bar to check out the new magazine, socialize, and hear some great local tunes. Here’s some of what we’ve said before about the acts playing, along with links to their music:

“…the heavily reverbed melancholy and hazy melodies he writes are well within the lineage of chillwave, even as he tends towards busier productions and more urgent tempos than would be the norm. He also incorporates some lovely R&B-inflected moments, like on ‘Her Bath Salts’ and ‘Easy, Girl,’ which win him easy comparisons to Toro y Moi.

Those tunes are undeniably likeable, but the best stuff here is when Sams is tinkering on the edges of that signature style, when he tries out a more laconic delivery on the bustling ‘Ferris Wheeler’ or veers into The Soft Bulletin-era Flaming Lips territory on ‘Call Out Your Name.'” -Kyle Petersen, Jasper Magazine May 2015

“A duo composed of vocalist/guitarist/kazoo player Kelly McLachlan and multi-instrumentalist Sean Thomson, PTSB are more Gillian Welch & David Rawlings than She & Him, with a love of the most time-worn idioms of classic folk and blues songs and a blazing authenticity to support their claim as a “string band.”

The songs themselves range from lonesome country to ramshackle blues, but McLachlan’s voice is best suited to wrenching the nuance out of individual syllables in the most simplistic of country ballads or sad-eyed blues songs. Here, “I Do” and “Tightrope” serve as the best showcases, although “Blues for Charley” and “Lauren’s Song” are the best examples of the group’s songwriting prowess.” – Kyle Petersen, Jasper Magazine May 2013

“…Within these fifteen tracks, we find Brown fully embracing and perfecting the anything-goes Neverland pop he began courting on 2013’s Through Vivaldian Colored Glasses. Describing any song or album as ‘Beatle-esque’ runs the very real risk of embarrassing all parties concerned—the artist, the listener, Paul, Yoko, etc. (Ringo would likely remain ambivalent)—but sometimes it’s just the most accurate possible description for a piece of artful pop music, so I’m using it now in what I hope is the best possible way. Second Childhood is the sound of Sergeant Pepper diving headlong into the toybox and treating every discovery like the treasure it is. It’s Marshall Brown being himself completely, while making no bones about his influences and how he can twist them to suit his needs.” -Michael Spawn, Jasper Magazine September 2015

What Jasper Said is the blogging arm of Jasper – The Word on Columbia Arts, a new written-word oriented arts magazine that serves artists and arts lovers in the Columbia, SC area and its environs in four ways: Via Print Media – Jasper is a bi-monthly magazine, releasing in print six times per year in September, November, January, March, May & July, on the 15th of each month. Jasper covers the latest in theatre and dance, visual arts, literary arts, music, and film as well as arts events and happenings; Via Website – Jasper is an interactive website complete with a visual arts gallery, messages from Jasper, an arts events calendar that is updated several times daily, bite-sized stories on arts events, guest editorials, local music, dance & theatre videos, community surveys, and more; Via Blog – What Jasper Said -- you're reading this now -- is a daily blog featuring a rotating schedule of bloggers from the Jasper staff as well as guest bloggers from throughout the arts community; Via Twitter – Jasper Advises is a method of updating the arts community on arts events, as they happen, with more than a half dozen active tweeters who live, work, and play inside the arts community everyday ~ Jasper Advises keeps the arts community abreast of what not to miss, what is happening when it is happening, and where to be to experience it first hand.
View all posts by Jasper →
This entry was posted in General and tagged Art Bar, columbia, danascus, danny joe machado, Jasper Magazine, Marshall Brown, music, party, post-timey string band, pray for triangle zero, release, second childhood, south carolina. Bookmark the permalink.