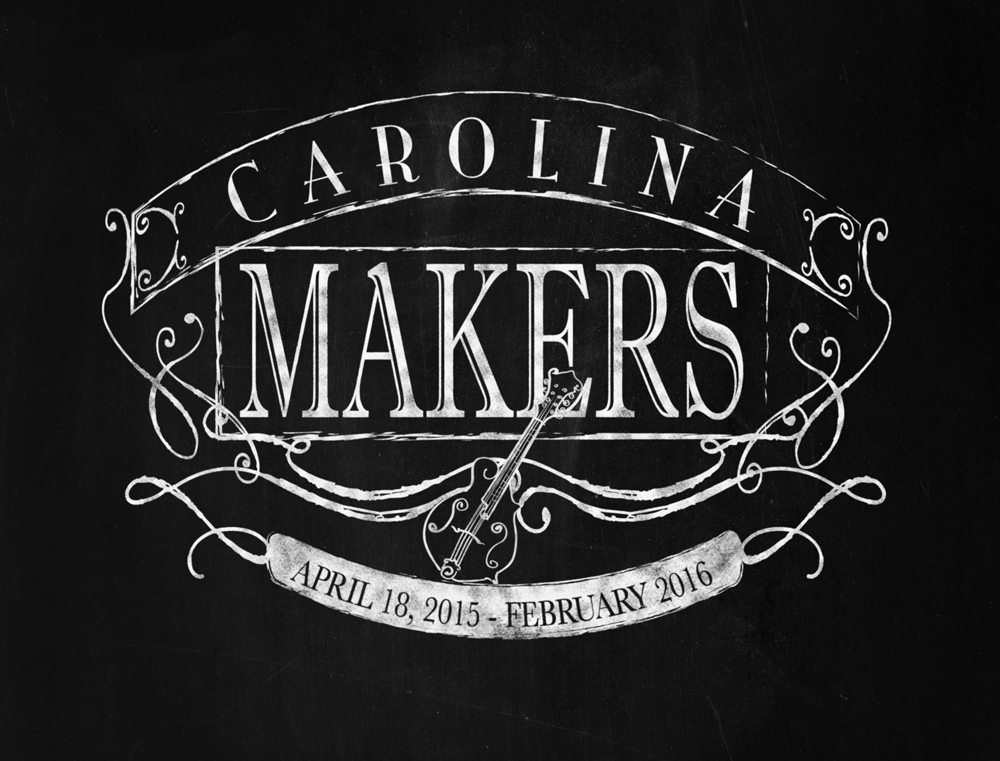 The SC State Museum’s newest exhibit, Carolina Makers, opened April 18th, and it features South Carolina makers that specialize in everything from metal working to clothing designers to instrument crafters. The exhibit is free with general admission or museum membership–tickets can be purchased here.

Jasper got the chance to talk to the only two Columbia-based instrument makers featured in the exhibit, Damir Horvat and Greg Alexander, about their background in the field, their specialties, and what it means to take part in this art exhibition.

Jasper: How long have you been building instruments, and what got you into the business?

Damir Horvat: I make string instruments — violins, violas, cellos, and bows — and I restore them.  What got me into the business is that I’m a third generation violin and bow maker — both my father and grandfather used to do it. It’s hard to say how long I’ve been doing it, but I can probably say for the last 18 to 20 years.

Greg Alexander: I started making guitars about seven years ago. I was 21 at the time, and my dad was a furniture builder. I had these books called Foxfire books — they’re basically books about simple living styles in the Appalachian mountains back in the day, and there’s a blueprint for a banjo, so I started to build that banjo. With all the tools I had, I was able to make it much nicer. Then I got an apprenticeship with a guy in Charlotte named Ari Lehtela, and he’s been making guitars for 20 or 30 years. I had an apprenticeship with him for three years, then I moved here and I’ve had a job here for about four years now.

Jasper: How are handmade instruments better than factory made ones? Do they produce better sounds?

Damir Horvat: They produce better sounds and they’re custom made to the specific needs of the customers. If the customer orders the instrument looks and type of sound, and I can deliver exactly what the customer wants.

Greg Alexander: Absolutely. It depends, but like what I built for the museum were electric guitars, and you’re definitely going to have differences in that just because of the wood quality. The wood is especially important with an acoustic instrument, there’s no question that a handmade instrument would knock out a factory made one every single time. They’re going to choose cheap wood, and the wood is the only thing getting you the tonal quality. If you don’t pay attention to the wood when you’re working with it, you’re not going to have a quality instrument, basically.

Jasper: How long does it take you to build an instrument and what is the process like? What materials do you use?

Damir Horvat: The materials we use in instrument making are three very specific woods: maple, for the back and ribs; spruce, for top; ebony, for the accessories and the fingerboard. And it takes about two to three months (to make a violin), but a cello takes longer: about six months.

Greg Alexander: Well, it depends — but the electric guitar I just built for the museum took me about two months. It takes about six months for an acoustic instrument. But, this isn’t necessarily what I do with all my time—I’m also a student and I do other things—so I just get to it when I can. I have a different approach for both, because if I’m doing an acoustic instrument, I’m going to follow a traditional blueprint that’s maybe 100 years old, but if I’m building an electric instrument, I’m probably going to design from scratch myself and be as creative as I can.

Jasper: Can you describe a personalized instrument you’ve made for someone?

Damir Horvat: Well, for example, right now I’m making a violin that’s going to have a lot of Celtic motifs, and this is for a person that loves Irish music. It’s hard to describe, but people usually bring me a picture and tell me, “I want my instrument to look like this,” and I usually make it identical to the picture. But as far as the sound goes, they can decide whether they want a darker or brighter sound, and it can also be custom tailored for the player.

Greg Alexander: The guy I mentioned, Ari Lehtela, he has an acute interest in eastern music and eastern instruments, and he basically approaches his building as a hybrid between east and west, with the six-string guitars as the western model, and sitar or any of those types of eastern instruments, he’ll sort of blend them together. He’ll take different tuning and temperament with different scales… and he’ll blend the two together, and that’s definitely come out in my building too. The guitar I just built for the museum is a seven-string, fretless guitar and the bridge that the strings sit on is modeled after a sitar bridge.

Jasper: What kind of an asset are handmade instruments in a local arts community?

Damir Horvat: Well, it’s an art, so you could ask the same thing to a painter or sculptor, but instruments are different from that because local musicians are able to utilize my services and use my instruments as well as restore their own instruments, because part of my business is the restoration and preservation of historical instruments. So, local musicians from throughout South Carolina and surrounding states come to me to upkeep their old instruments or ask me to make a new one for them.

Jasper: What does it mean for you and your career to be featured in an exhibit like Carolina Makers?

Damir Horvat: It’s an honor — it’s a chance to display my work to the public. I’m hoping to increase the understanding about instrument making just by people looking at the instruments, and also people possibly calling to inquire about making instruments for them, or simply calling to ask about the instrument making process. It’s not only a display of my own work, but also I’m hoping to raise awareness about what makes a handmade instrument different from a factory instrument, and there is quite a bit of difference there that hopefully people will notice — and if not, they can ask me about it.