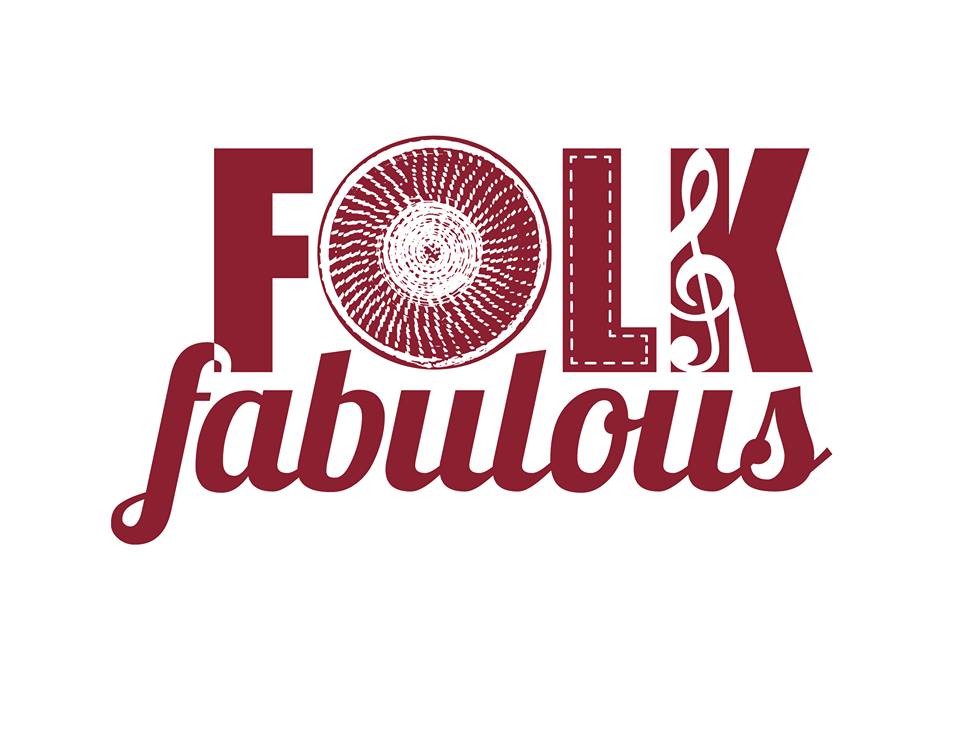 The University of South Carolina’s McKissick Museum will present the 2nd annual FOLKFabulous festival on August 23, 2014, from 10:00 a.m. – 4:00 p.m. in front of the museum on USC’s historic Horseshoe.

This event is free and open to the public.

FOLKFabulous 2014 is the largest gathering of Southeastern Native American artists in the history of the University of South Carolina. The program celebrates the vibrant and diverse traditions of Native American communities in the Southeast by providing Native musicians, artisans, and community leaders
a chance to share their stories, songs, and crafts with the interested public. FOLKFabulous is a free, interactive event for the entire family, complementing the exhibit Traditions, Change, and Celebration: Native Artists of the Southeast.  FOLKFabulous is an outdoor festival where Native American musicians, artists, and community leaders from more than ten different Southeastern tribes will share their cultural traditions.  Participating artists include Keith Brown demonstrating Catawba pottery, Tuscarora music by the Deer Clan Singers, and Cherokee storyteller and stonecarver Freeman Owle.

The Deer Clan Singers of the Tuscarora Nation are led by Dave Locklear with Mark Deese and Chad Locklear from North Carolina. The group, which represents the Tuscarora Nation of North Carolina, plays complicated harmonies that are distinctive in the Indian genre including the singing Tutelo-Tuscarora
and Iroquois Social Dance Songs. They have performed at Merle Fest, Shakori Grassroots Festival, and the River People Festival. Traditional food will be available from the Native American Café and Pollywogs, and attendees will have numerous opportunities for direct dialogue with artists and community leaders.

Cherokee storyteller Freeman Owle will spend the afternoon telling ancient stories of the Cherokee.  Owle was born in 1946 on the Qualla Indian Boundary, home of the Eastern Band of the Cherokee. Owle became a Cherokee historian and storyteller in 1990, and he is an authoritative lecturer, Cherokee elder and demonstrator of Cherokee culture. He has received many awards, including the North Carolina Folklorist of the Year award in 2001, and the Preserve America Presidential Award in 2004. He has lectured to many groups of all ages at the community, state and national levels. In December 2008, he taught the art of storytelling at the Museum of the American Indian in Washington, D.C.

At FOLKFabulous , enjoy the beauty, skill, and majesty of the flamboyant Fancy Dance, featuring free-style movement with lots of energy, spectacular regalia, and sacred songs from the Northern Plains at this year’s FolkFabulous on August 23.  Vibrant-colored headdresses… pulsating drumming… fancy
FOLKFabulous 2014 footwork… experience the excitement of a Native American powwow, with the Cultural Arts Ensemble  of the Cherokee Indian Tribe of SC!

Since November 1994, the Eastern Cherokee, Southern Iroquois &  United Tribes Cultural Arts Ensemble have been doing performances and outreach in Columbia. The ensemble, lead by Native folklorist Will Moreau, have been sharing Native American dance, music, art, history, and poetry with audiences around the state of South Carolina as an Approved Artist on the SCAC Roster.  They have performed in Georgia, Florida, and North Carolina and throughout the southeast region. Their programs entertain, educate and foster a contemporary  image of our nation’s first culture. ECSIUT-Cultural Arts Ensemble’s program combines traditions from various nations, help audiences understand the vast differences between Native American Nations. By sharing the origin and history of the dances, as well as the meaning of their traditional regalia, they provide the audience with authentic interpretations. At FolkFabulous, the Cultural Arts Ensemble will feature specialty dances of the SubMerged Cypress Singers and Dancers from the Tuscarora Indians of North Carolina. The Tuscarora, like the Cherokee, are a southern Iroquois people in this southeast. 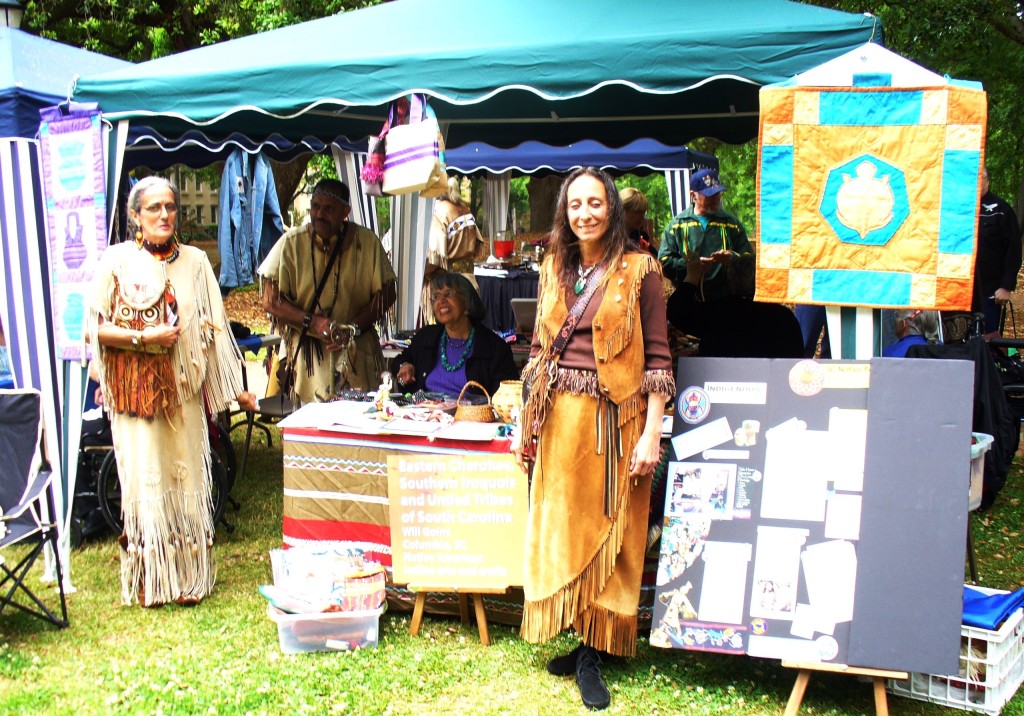 By combining live singing and drumming with traditional dances, social dances, and articulate verbal interpretation, they are able to create high energy, exciting programs. Inter-tribal Powwow dance traditions and Iroquois Social dances will be the focus of the performance at FOLKFabulous this year for these dancers,  as they dance to the drum beats of the Edisto Rivers Singers from Ridgefield South Carolina. The Edisto River Singers are the premier Native American Indian drum group in South Carolina. The Edisto River Singers are a southern plains style drum group with a unique sound. With lead singer Andy Spell, each member is an enrolled tribal member of the Edisto Indian Tribe from Ridgeville, South Carolina, from Natchez and Kusso cultural heritage. The group started in 1991.

For a full listing of participants, please visit artsandsciences.sc.edu/mckissickmuseum/folkfabulous-2014.

FOLKFabulous will open McKissick’s newest exhibition,  Traditions, Change, and Celebration: Native Artists of the Southeast. This exhibit represents year two of McKissick’s Diverse Voices series, which celebrates the traditional arts and folkways of the Southeastern United States. The South is home to
a wide variety of deeply-rooted Native American tribal groups, each with its own dynamic history.

Traditions, Change, and Celebration pays particular attention to five primary culture groups: Iroquoian, Muskogean, Algonquin, Mobilian and Siouan, and features the expressive culture of over forty Native tribes throughout the Southeast.   “As artists we celebrate our tribal culture, the family, our heritage, our ancient symbology, the earth, spirituality and the ancient ones, with works of art that brings celebration and joy. The world today is still ‘Native’ in the southeast, and we have vibrant new leaders
with artistic roots in Native communities. Artistic expression is necessary for spiritual replenishment, revival, renewal and rebirth within our tribal communities and cultures,” explained Guest Curator and 2008 SC Folk Heritage Awardee, Will Moreau Goins.  The historic “Five Civilized Tribes” are featured in
FOLKFabulous 2014, and have significant presence in the exhibition including the Cherokee, Choctaw, Chickasaw, Creek, and  Seminole. Over 149 objects from 75 artists of over 29 different tribes from the Southeast on display. 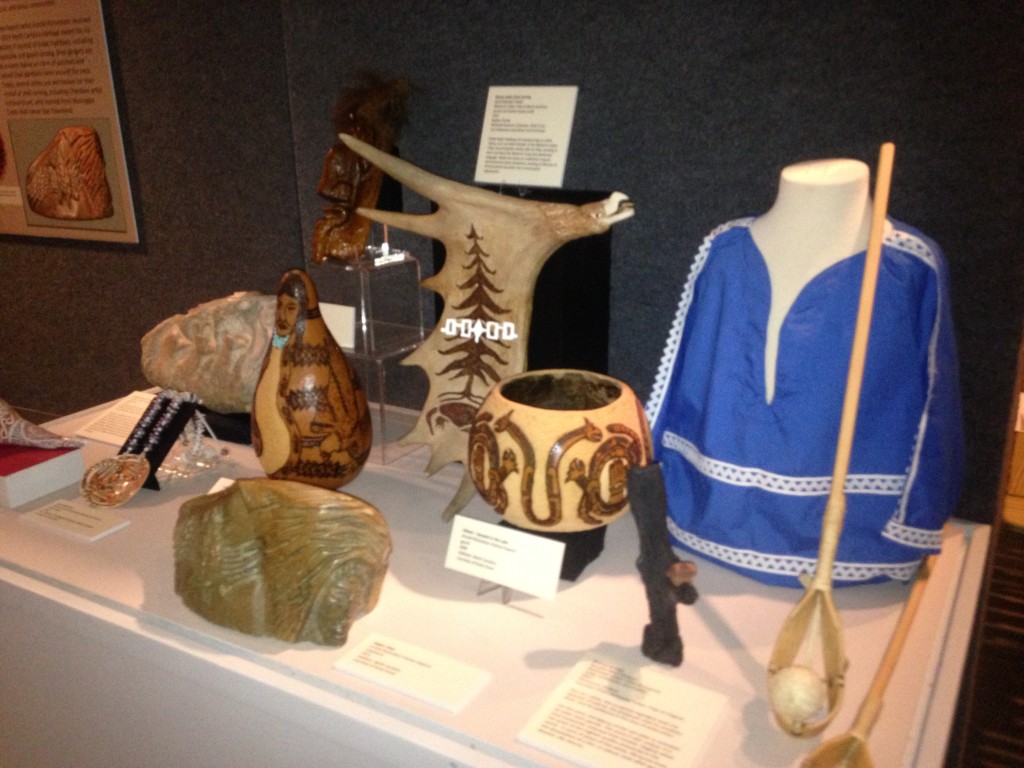 There is also a wonderful collection of Pamunkey Indian Pottery from Virginia, who just recently gained federal recognition, highlighting their Chief Kevin Brown’s pottery. There is also art from the Poarch Band Creeks of Alabama, The Alabama Coushatta of Texas, the basketry of John Paul Darden of the
Chitimacha Indians of Louisiana, and pottery by Bill Harris of the Catawba Indian Nation. 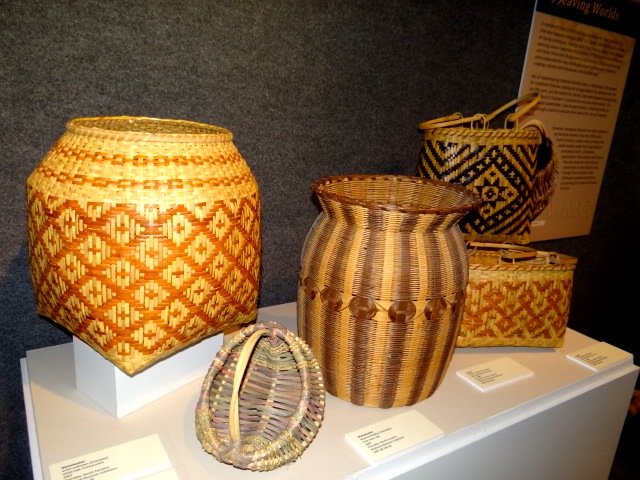 We hope that you will absorb all these individuals have to offer, and use these experiences as ways to reflect upon the diversity of the American South. FOLKFabulous is the opening ceremony for McKissick Museum’s year-long exhibit, Tradition, Change, and Celebration: Native Artists of the Southeast. All attendees are
encouraged to view the exhibit in the 2nd floor  north gallery during your time at FOLKFabulous.

The production team for FOLKFabulous is comprised of:

McKissick Museum is located on the University of South Carolina’s historic Horseshoe, with available parking in the garage at the corner of Pendleton and Bull streets. All exhibits are free and open to the public. For more information, call Ja-Nae Epps at 803-777-2876.  This program is funded in part through
the support of the South Carolina Arts Commission and the Humanities CouncilSC.

The FOLKFabulous 2014 schedule is as follows! We will be splitting the action between the outdoor stage and the 2nd floor gallery space where you can view our newest exhibit, Traditions, Change and Celebration: Native Artists of the Southeast. 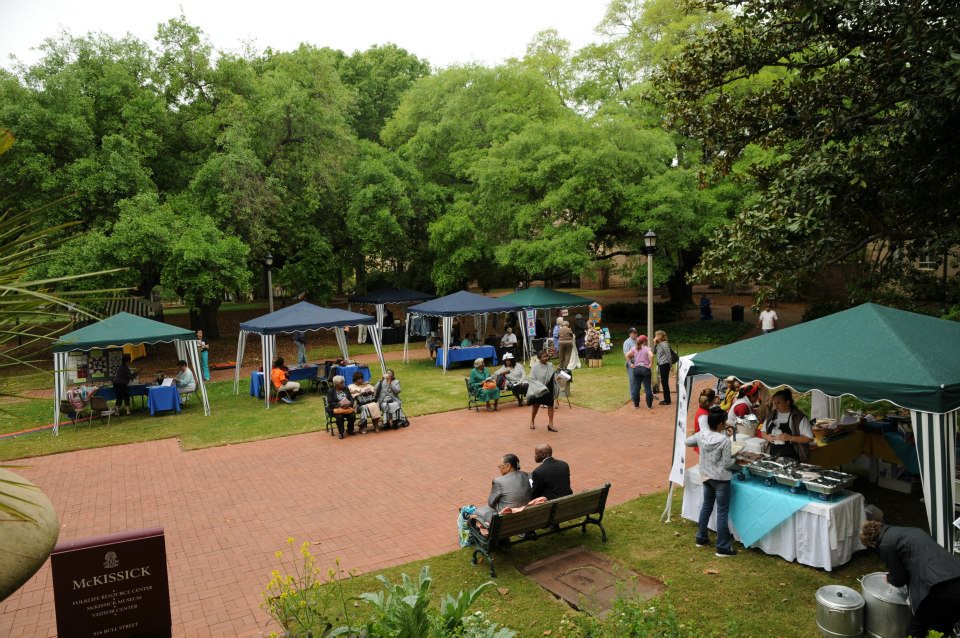