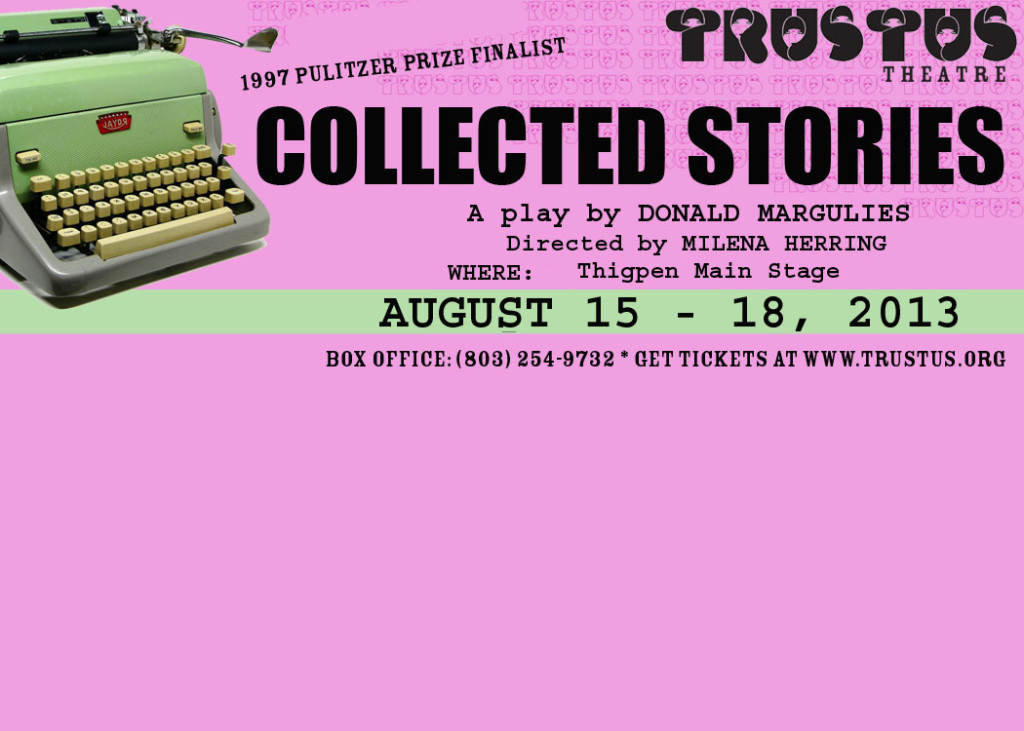 Who owns your memories?  It is a strange question, and one which opens conversation about intellectual property, personal experience, ownership, and the often blurred line between what is right and what is wrong.  In Collected Stories, playwright David Margulies raises these issues, and Milena Herring further explores these issues and more in her production of the controversial play opening at Trustus Theatre this August.

Collected Stories tells the tale of the changing relationship between two women over a span of six years.  Ruth Steiner, played by Elena Martinez, takes the role of teacher and mentor to the younger Lisa Morrison, played by E. G. Heard Engle.  Ruth is a respected professor and short story writer in her mid-fifties who takes on Lisa, graduate student and aspiring writer, as her assistant.  As the years pass, they become friends and eventually adversaries as one character makes a choice that forever changes both women’s lives, careers, and futures.

“What appealed to me about the play originally was the veracity of who is wrong and who is right.  There’s a point in the play where the audience gives a collective gasp and realizes a truth about ones of the characters,” Herring says, recalling when she first saw the play years ago.  “The plays that I love, both as a director and as a member of the audience, are plays that move the audience from point A to point B or even point W—they move the audience intellectually or emotionally, and this play does both.”

Collected Stories deals with numerous highly charged ideas and themes ranging from betrayal, intellectual property, the creative process, aging, lost love, and literary appropriation.  “It’s a good thinking person’s play,” Herring says.  The play deals with these heavy issues with honesty and oftentimes humor.  “It’s just very real,” Herring adds.  “In the 1960s it would have been called kitchen sink realism.  It’s a slice of life.  You’re dropping in on a conversation between Lisa and Ruth over six years.”

In this unique two-person play, both actors are equally passionate about the issues the play raises and the story it tells.  “This is a story about two women and their friendship. Friendships change and shift over time as lives change, and I love that their relationship is the root of the play,” says Engle, who takes the roll of Lisa Morrison.  Elena Martinez Vidal, who plays Ruth Steiner, said “I like this kind of show because it can engender tons of discussion…The play does not guide the audience to any conclusions: they will have to make up their own minds.  And those conclusions will probably depend a lot on their experiences and backgrounds.”  Collected Stories will leave you wondering to what extent your life is your own and how one person’s experience can become another person’s story.

Three leading ladies work together to run this play, two on-stage and one off-, and make it an experience no one will soon forget or, for that matter, be able to stop talking about.  Sponsored by Callison Tighe with consideration by Muddy Ford Press, Collected Stories will run on the Trustus main stage from August 15th through the 18th.  Trustus Theatre is located at 520 Lady Street.  For tickets and more information, visit www.trustus.org or call the box office Tuesdays through Saturdays 1-6 pm at 803-254-9732. 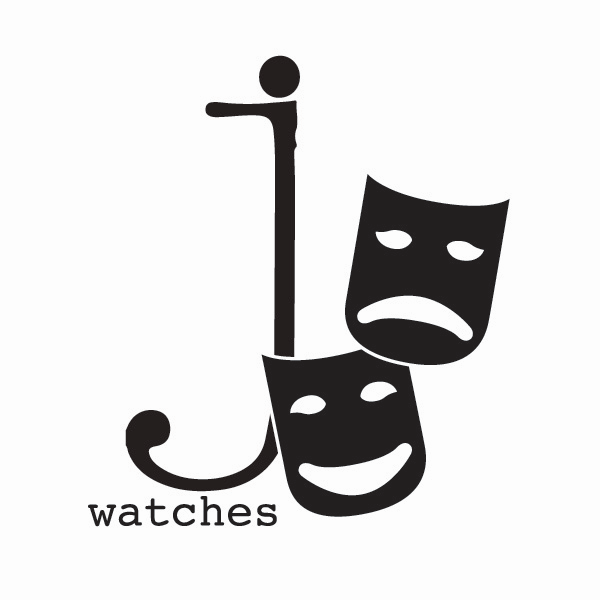 What Jasper Said is the blogging arm of Jasper – The Word on Columbia Arts, a new written-word oriented arts magazine that serves artists and arts lovers in the Columbia, SC area and its environs in four ways: Via Print Media – Jasper is a bi-monthly magazine, releasing in print six times per year in September, November, January, March, May & July, on the 15th of each month. Jasper covers the latest in theatre and dance, visual arts, literary arts, music, and film as well as arts events and happenings; Via Website – Jasper is an interactive website complete with a visual arts gallery, messages from Jasper, an arts events calendar that is updated several times daily, bite-sized stories on arts events, guest editorials, local music, dance & theatre videos, community surveys, and more; Via Blog – What Jasper Said -- you're reading this now -- is a daily blog featuring a rotating schedule of bloggers from the Jasper staff as well as guest bloggers from throughout the arts community; Via Twitter – Jasper Advises is a method of updating the arts community on arts events, as they happen, with more than a half dozen active tweeters who live, work, and play inside the arts community everyday ~ Jasper Advises keeps the arts community abreast of what not to miss, what is happening when it is happening, and where to be to experience it first hand.
View all posts by Jasper →
This entry was posted in General and tagged Collected Stories, E.G. Heard Engle, Elena Martinez-Vidal, Jasper, Jasper Magazine, Milena Herring, Muddy Ford Press, TRUSTUS Theatre. Bookmark the permalink.