I feel a little guilty using What Jasper Said to post my answers to The Next Big Thing, the hot new meme going around our community in which writers tag one another and ask that they write about their newest projects. But given that my newest project was published by Muddy Ford Press and that MFP underwrites Jasper Magazine, there’s a sweet symbiosis to it that I cannot deny.

Here’s how it works — after having been tagged (my thanks to Cassie Premo Steele for tagging me), the newly tagged author is required to self-interview, answering 10 pre-determined questions. After having answered these questions, she tags another five writers to do the same.

What is the working title of your book?

The Limelight — A Compendium of Contemporary Columbia Artists, volume 1

What is the genre of your book?

Where did the idea come from?

Columbia, SC is a city that is reeling with a multitude of artists from different genres, particularly the literary arts. We have an inordinate number of professional writers here, yet we don’t really have a sense of ourselves as a writing community — though we are. I’d love to play some part in helping us to form a more unified community of writers. I want Columbia to be known as a “writers’ town.” To that end, I invited 18 local writers to contribute first person narrative essays about another local artist — writer, visual artist, musician, dancer, theatre artist, whatever — who had influenced them in some way.  I had the pleasure of editing the essays.

Clearly, one volume is not enough to represent the artists and authors we have here, so I decided to serialize the compendium with the plan of publishing it on an annual basis.

What is the one-sentence synopsis of your book?

How long did it take you to write the first draft of the manuscript?

I issued the call for essays in the summer of 2012 with an autumn deadline. We went to press in February 2013.

Who or what inspired you to write it?

The community of Columbia artists.

Will your book be self-published or represented by an agency?

My book was published by Muddy Ford Press.

What other books would you compare this book to within your genre?

I don’t really know of any other books with the same model.

What actors would you choose to play the part of your characters in a movie rendition?

Well, there are 36 “characters” if we include both the contributors and the subjects of their essays.

The essay I wrote was about the artist Blue Sky, so, naturally Clint Eastwood would play Blue. For me? Lisa Kudrow or Terri Garr.

Ed Madden would be played by Jon Cryer and James Dickey by Jon Voight.

Jeffrey Day? Woody Allen, of course. James Busby would be played by Channing Tatum (that’s right, I said it.)

I’d like to cast Christopher Walken to play someone, but I’m not sure who … a much older Chad Henderson, maybe? Just for kicks?

Billy Murray would play the part of Stephen Chesley and the part of Susan Lenz would be played by Julia Louis Dreyfus.

Vicky Saye Henderson would play herself.

What else about your manuscript might pique the reader’s interest?

Some of the first lines are spectacular. For example, poet Ray McManus opens his essay about Terrance Hayes with this, “When you’re a boy growing up in rural South Carolina, and you want to be a poet, you should first learn to fight.”

And ballet dancer Bonnie Boiter-Jolley’s first line about her mentor Stacey Calvert is brutally honest when she says, “When I first met Stacey Calvert over a decade ago, she explained to me how being a dancer is a very selfish thing.”

That’s the end of the interview and I have to admit that it was fun. In an effort to share the fun and keep this meme going I’m tagging Aida Rogers, Don McCallister, Debbie Daniel, Kristine Hartvigsen, and Susan Levi Wallach. And I’m inviting them all to post their answers to me so I can share them with our readers. I think there’s something about Wednesdays and deadlines also as I was tagged on a Wednesday and told to blog on the next Wednesday. So, by next Wednesday, I hope to have even more Next Big Things to share. 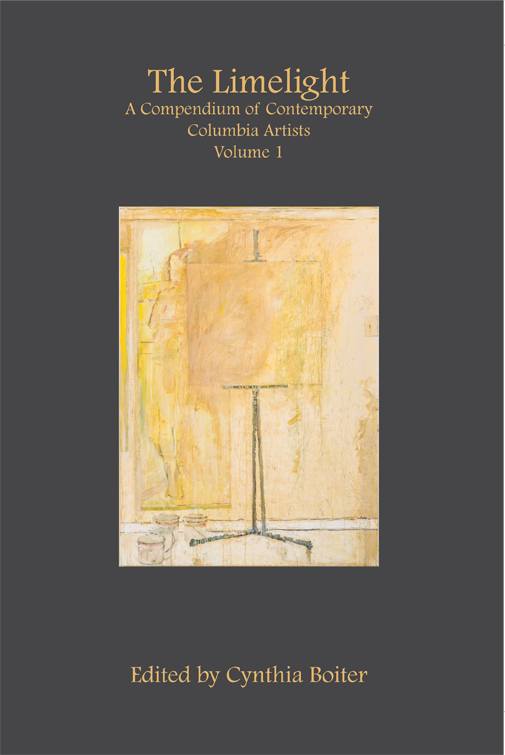 What Jasper Said is the blogging arm of Jasper – The Word on Columbia Arts, a new written-word oriented arts magazine that serves artists and arts lovers in the Columbia, SC area and its environs in four ways: Via Print Media – Jasper is a bi-monthly magazine, releasing in print six times per year in September, November, January, March, May & July, on the 15th of each month. Jasper covers the latest in theatre and dance, visual arts, literary arts, music, and film as well as arts events and happenings; Via Website – Jasper is an interactive website complete with a visual arts gallery, messages from Jasper, an arts events calendar that is updated several times daily, bite-sized stories on arts events, guest editorials, local music, dance & theatre videos, community surveys, and more; Via Blog – What Jasper Said -- you're reading this now -- is a daily blog featuring a rotating schedule of bloggers from the Jasper staff as well as guest bloggers from throughout the arts community; Via Twitter – Jasper Advises is a method of updating the arts community on arts events, as they happen, with more than a half dozen active tweeters who live, work, and play inside the arts community everyday ~ Jasper Advises keeps the arts community abreast of what not to miss, what is happening when it is happening, and where to be to experience it first hand.
View all posts by Jasper →
This entry was posted in General and tagged Aida Rogers, Blue Sky, Bonnie Boiter-Jolley, Cassie Premo Steele, Chad Henderson, Cindi Boiter, Cynthia Boiter, Debbie Daniel, Don McCallister, Ed Madden, James Dickey, Jasper Jasper Magazine, Jeffrey Day, Kristine Hartvigsen, Muddy Ford Press, Ray McManus, Stacey Calvert, Stephen Chesley, Susan Lenz, Susan Levi Wallach, Terrance Hayes, The Limelight, The Limelight: A Compendium of Contemporary Columbia Artists Vol. 1, Vicky Saye Henderson. Bookmark the permalink.

One Response to The Next Big Thing – by Cindi Boiter